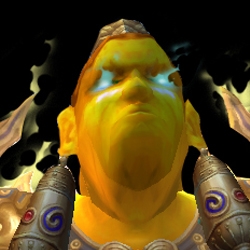 The PWI development team would like to hear from you about your recent experience with the game. Consider questions like, "How do you feel about the Royal Sky boundary level?", "How do you like Tome Refinement?", "Are you enjoying the new areas in Western Steppes?", and many more.

Your feedback will greatly help them develop better content more suited to your liking.

As usual, especially in a discussion thread like this, please remain civil and refer to the forum guidelines on conduct.

Thank you everyone for your time, we're looking forward to what you have to say.

Meanwhile, please also redeem hQOZqHmo for 3x War Avatar Pack S. This code is redeemable once per account and will expire on 12/1/2018.

Some bullet point summaries. Please note that if you don't see something it doesn't mean the feedback was ignored, it just means either I haven't gotten to it yet or it's too specific, in which I have it documented offline.