Why will you NOT be buying the Legendary Bundle?

sirsitsalot Member Posts: 2,774 Arc User
February 2021 edited February 2021 in Star Trek Online General Discussion
In order to help Cryptic/PWE understand the metrics that may reflect unprofitable results for the bundle I thought I would post this poll to see which of the most commonly expressed reasons that you will be giving it a pass:

If you ARE going to buy this bundle, please do not lash out at those who are not. This poll thread is not intended to start a flame war. Just as a means of providing numbers.

Why will you NOT be buying the Legendary Bundle? 135 votes

Nothing in this bundle interests me
11%

22 votes
There are no T6 ships that I haven't already obtained, so those T6 coupons are useless to me.
1% 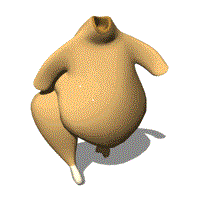 32 votes
"There can be no meeting of the minds between two parties
if both parties are not willing to meet in the middle."
-Ambassador Samuel J. Stone
0
«1234»