Due to the shifts in schedule over the past few months, we wanted to provide an updated view of the Neverwinter Roadmap. We are releasing the roadmap today and next Tuesday, August 11, we'll be doing a Q&A stream. Please use this thread to leave questions for the stream! 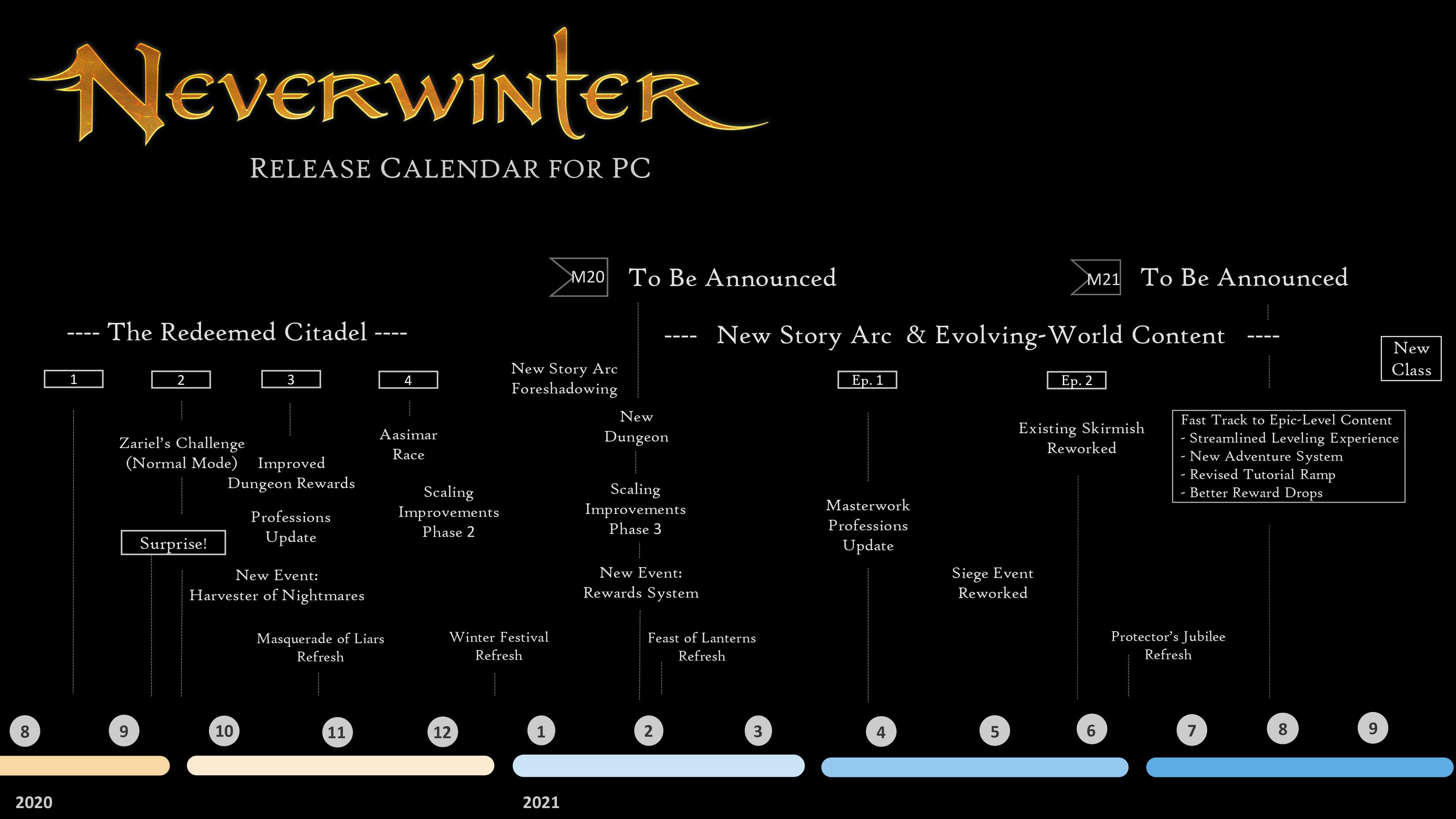