Is the 'Master of Fragments' achievement broken?

adinosii Member, NW M9 Playtest Posts: 4,294 Arc User
April 2020 in Bug Reports (PC)
So, I have now done the 2 FEs with 3 runes (twice, in fact), and still don't have the achivement. Only one person in the 5-man group did get the achivement, so it feels like there is something wrong. Does only the person who deals the killing blow get the achivement? Do you need to turn the quest for the first FE in before you start the second one? Is there some other weird condition you need to fulfil to get it? 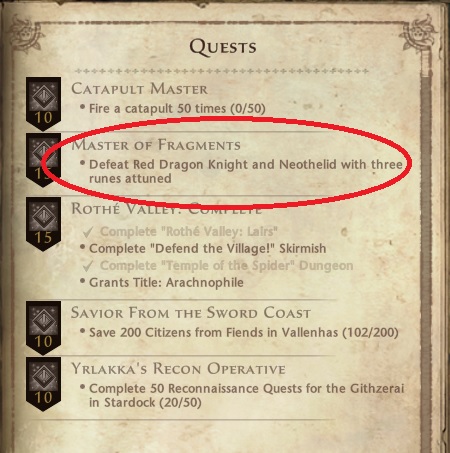