coldsnapped wrote: »
The benefit gained from [Dmg] weapon mods has been improved.

Borticus-Cryptic wrote: »
Stacking the new [Dmg] buff is going to be a little wacky. Because each applies to the end, sequentially.

Just FYI, we're not going to make widespread use of this type of buff, so don't get your Wild Speculation Pants on. Letting this type of multiplier spread around the game willy-nilly would break... pretty much everything. But as a single type of modifier, that can only affect a single piece of equipment... it's nice and contained.

Post edited by frtoaster on July 2015
Waiting for a programmer ... 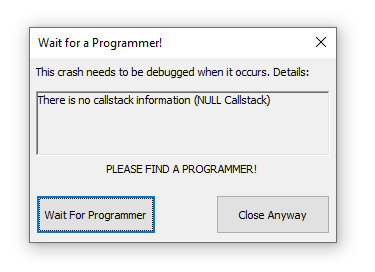