Demo Recording, AKA how to make awesome videos/screenshots 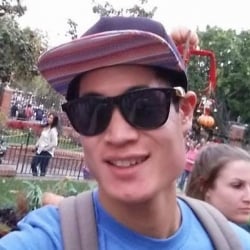 One of the very cool features of Neverwinter is the ability to record pretty much anything in-game, and then re-open the client and tinker with the demo that you've created. It's easy, it's streamlined, and it all works within the sparkly game client. Here are some tips for how it works!

First off, start playing the game, and hit "/demo_record abc" in the chat channel when you're ready to start filming, where "abc" is the name you'd like to give your demo record file. Then do cool stuff, and when you're done, type /demo_record_stop. Quit the game.

Re-open the launcher, and click the "Options" button in the top-right hand corner. In the "Advanced command line" field, type the following, where "abc" is the name you've given to your demo record file:

Press "OK" and launch into Neverwinter on the same server on which you recorded the demo.

Now, you'll be in a sparkly demo play client, within which you can tinker with a number of commands. Here are a few:


Some community tips:
-All black screenshots? Try setting your DirectX to DirectX9 if you are currently using DX11 Beta, particularly if you're trying to take screenshots at Renderscale > 1.

That's it! Now you've got some awesome videos and screens to share.

And, DISCLAIMER: demo record/play is a nifty tool that you're welcome to use to create amazing screenshots to share with your co-adventurers. Please note, however, that we cannot provide any support or troubleshooting for the demo record/play tool.

We'll be updating this post periodically, so if you have more suggestions or cool ways to use the demo record feature, please chime in!