Dev please explain why the [PvP Dmg] mod was added to everything and what does it do! 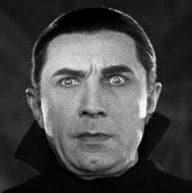 lucho80 Member Posts: 6,595 Bug Hunter
September 2014 edited September 2014 in Star Trek Online General Discussion
Since crafting was fixed yesterday, the most evil and hated mod of all now shows up in everything you craft.

So I get why you would get the [PvP Dmg] mod in weapons, but why does it show up in deflectors, engines, and shields?

Also, please explain why you would add a mod that adds a negligible amount of damage therefore making absolutely no sense for someone who likes to PvP to use it. People hate it more than the [Dmg] mod.