sax1993 Member Posts: 126 Arc User
October 2020 in General Discussion (PC)
Is the Abyssal Chicken companion working as intended? Seems to be a little overpowered at the moment. With the introduction of mounts giving combined rating it now allows end gamers to still hit stat caps for trials such as Tower of the Mad Mage and Zariel's Challenge while equipping 2-3 12k armor penetration companion gears, adding armor break as everyone's weapon enhancement, Dread enchantment the chicken can just about meet armor penetration cap for Zariel's. If it's just the meta I may invest into it but I don't want to heavily invest into a build that is overperforming and it end up being nerfed.

In the video I'm going to post below a group had everyone run a chicken in Zariel's making it 10 chicken totals. They smashed the content in under 9 minutes. The hardest content the game has to offer made trivial due to insane companion damage. 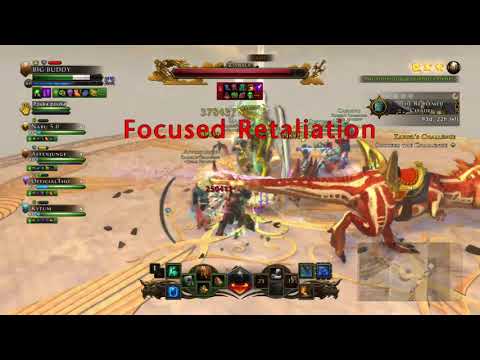 Member of the guild: Legacy (Xbox) and Strawberry Yakuza (PC)
2