typo
typo#6563
Member Posts: 228 Arc User
December 2019 in The Wilds
Here's a Mod 17 "Trapper" concept build that former Trappers might find fun to try out if you happen to have a spare loadout. I do play Warden Melee too, but I've been trying out some alternatives. This particular build is an attempt to compete with Warden with as close to a classic trapper experience as possible and also hard hitting enough to provide viable DPS for most settings. Warden is still safe it seems, but if you're bored with Warden and have a spare loadout, then you might enjoy this, if you can manage to get a smooth rotation going. Also, this may be a little too advanced and too complex for some new players. #TrapperForLife #HappyHolidays 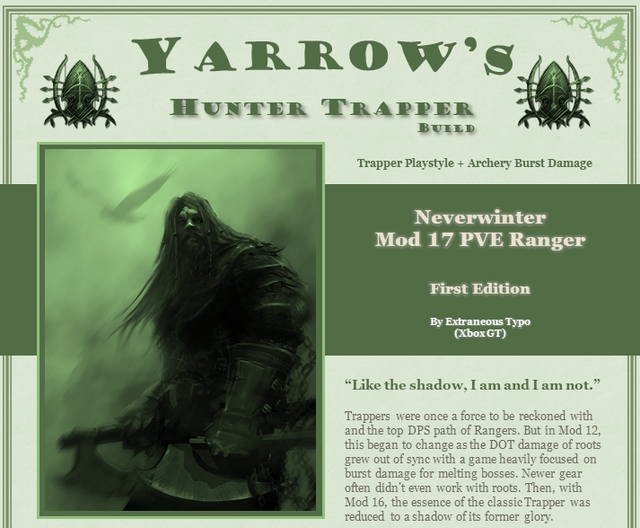