You can classify each mob into a difficulty category and a role category. The first one depends on the number of health bars:

In open world they have less bars. For example minions have 1, standards 3 etc. Some summoned mobs also have less health bars.
The role category divides mobs into:

For each level, mobs have a base Damage Resistance, which is then modified according to their difficulty and role categories. This was explained by @two30 (big thanks to him!) in this comment, which provided the groundwork for my classification:

In other words, these are all the DR modifiers:

This the base DR for each level. I could easily derive it thanks to a table published by a player (I can’t link the original source). It’s interesting to note that the theoretical DR cap would be 72% for level 74 monsters and 84% for level 75. 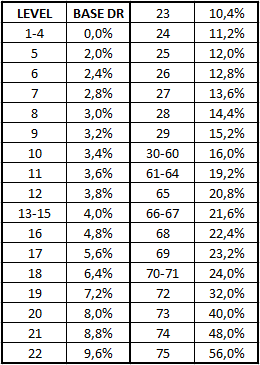 These are the DR combinations for level 70/71 mobs:

These numbers were taken manually during solo runs. @thefabricant helped me testing FBI.
Bear Rider in Kessell’s Retreat has a permanent buff that likely increases his DR and can be penetrated. 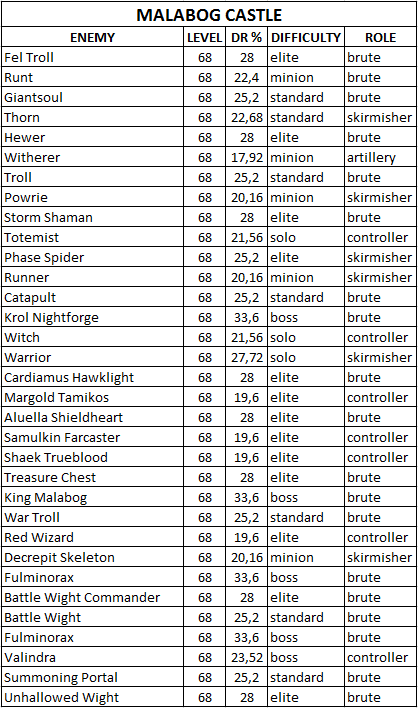 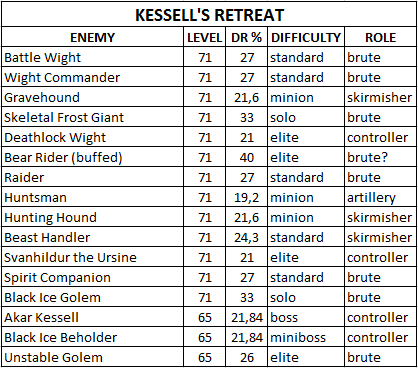 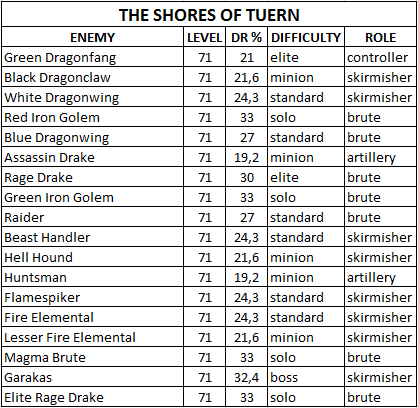 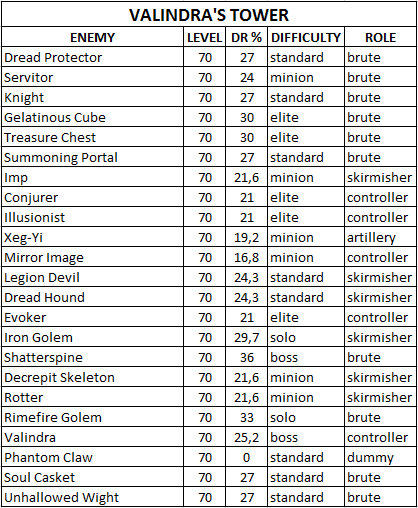 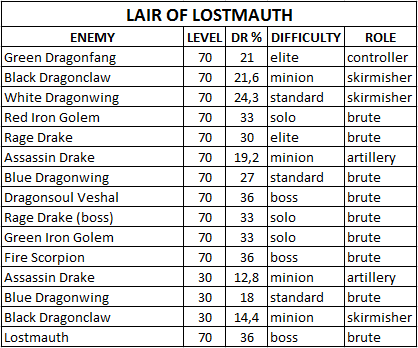 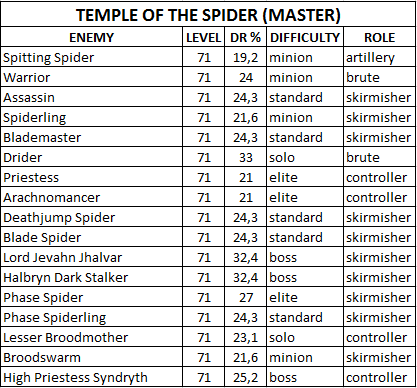 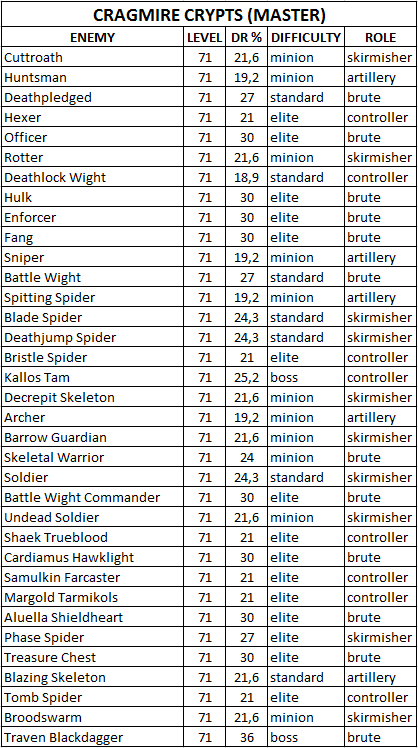 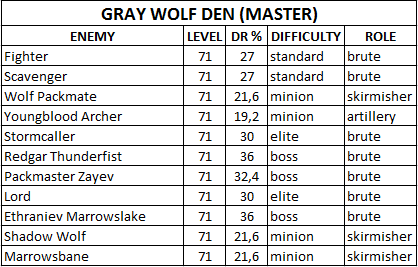 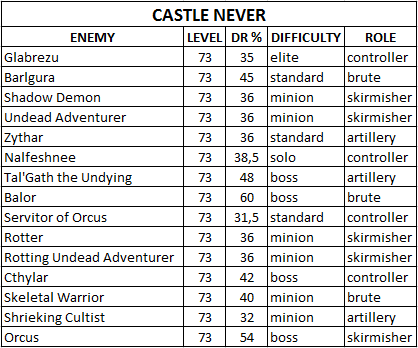 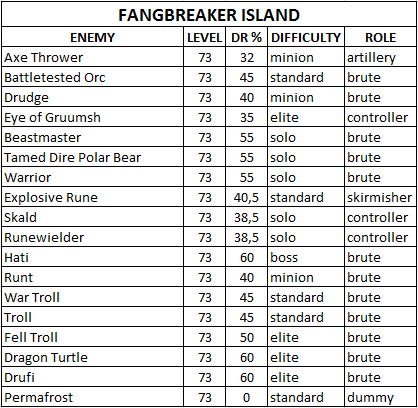