brfabeiras Posts: 182 Arc User
June 2018 edited June 2018 in Builds and Roles
I'm trying to create a boomerang build using Ricochet Throw and Throwing Blades as core, but I'm not sure if they're decent DPS powers. I don't want to top DPS cosmic runs, just want to make sure I hit the 100k DPS wall to get the rewards. Here's what I have so far: 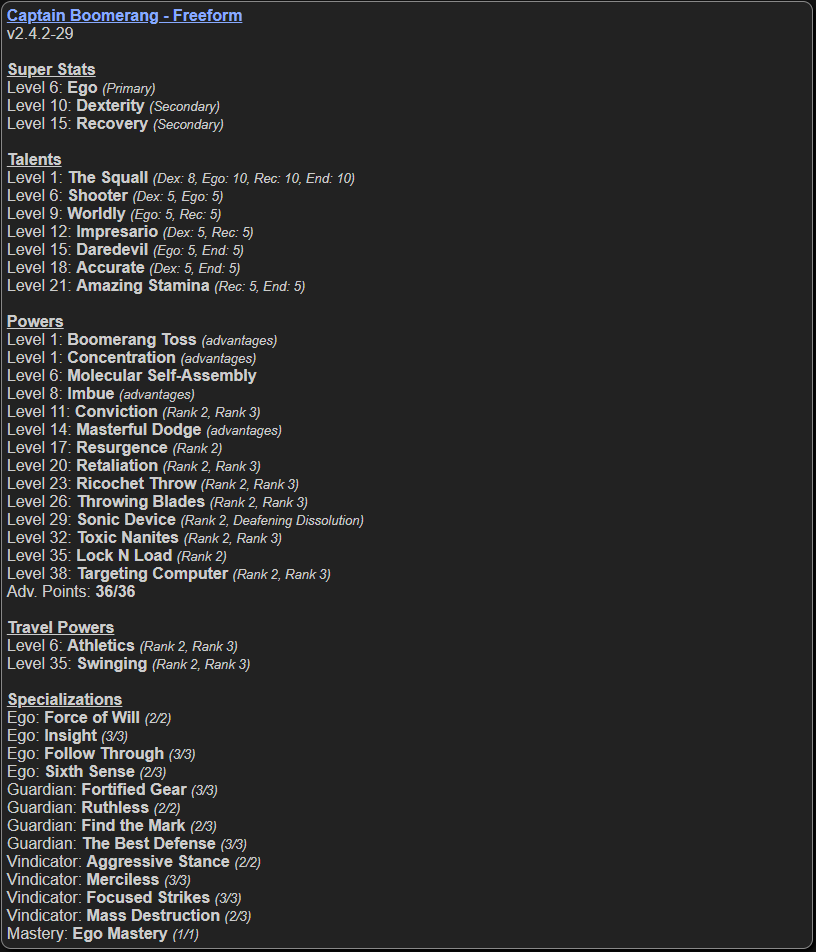 I added Sonic Device and Toxic Nanites for a trick boomerang feeling, but I don't know if they're really useful.

@flowcyto any thoughts on this one?