warmasterxdk
warmasterxdk#9668
Member Posts: 52 Arc User
September 18 in Controls and User Interface
UI ideas:
My setup tries to be as minimal and as clean as possible since I use a controller on PC and enjoy seeing the game, not the UI or buff icons blinking in my line of sight, so...

-Being able to "show/hide buffs" & "show/hide debuffs" (separate boxes to tick) on self, target and target of target in both ground and space. It would make for a LOT less clutter

-When you "display big map", add the tabs at the top and bottom for everything found around the mini map (fleet, duty officers, tfo, mail, character info, inventory, mission journal, beam to ship, zen/dilithium store,etc.) for those of us who want to hide the mini map but would be unable to access certain pages due to lack of keybinding options. See concept below

-ground ability bars should be able to display all 10 bars, and keybind at least 5 of them (maybe match the 8 in space). Just like you can in space. In my case, I bind everything in trays 4 and up, then have 1-3 be the "clean", no keybind symbol icons that represent my (UDLR, ABXY Abilities in a [+ || +] format) (see image below for what I'm talking about)

-be able to hide the weapons side tab on the ability bar exactly like you can with armor special abilities. See image below

-be able to flip "self bar, target bar and target of target bar" horizontally (ref SWTOR, see image below) 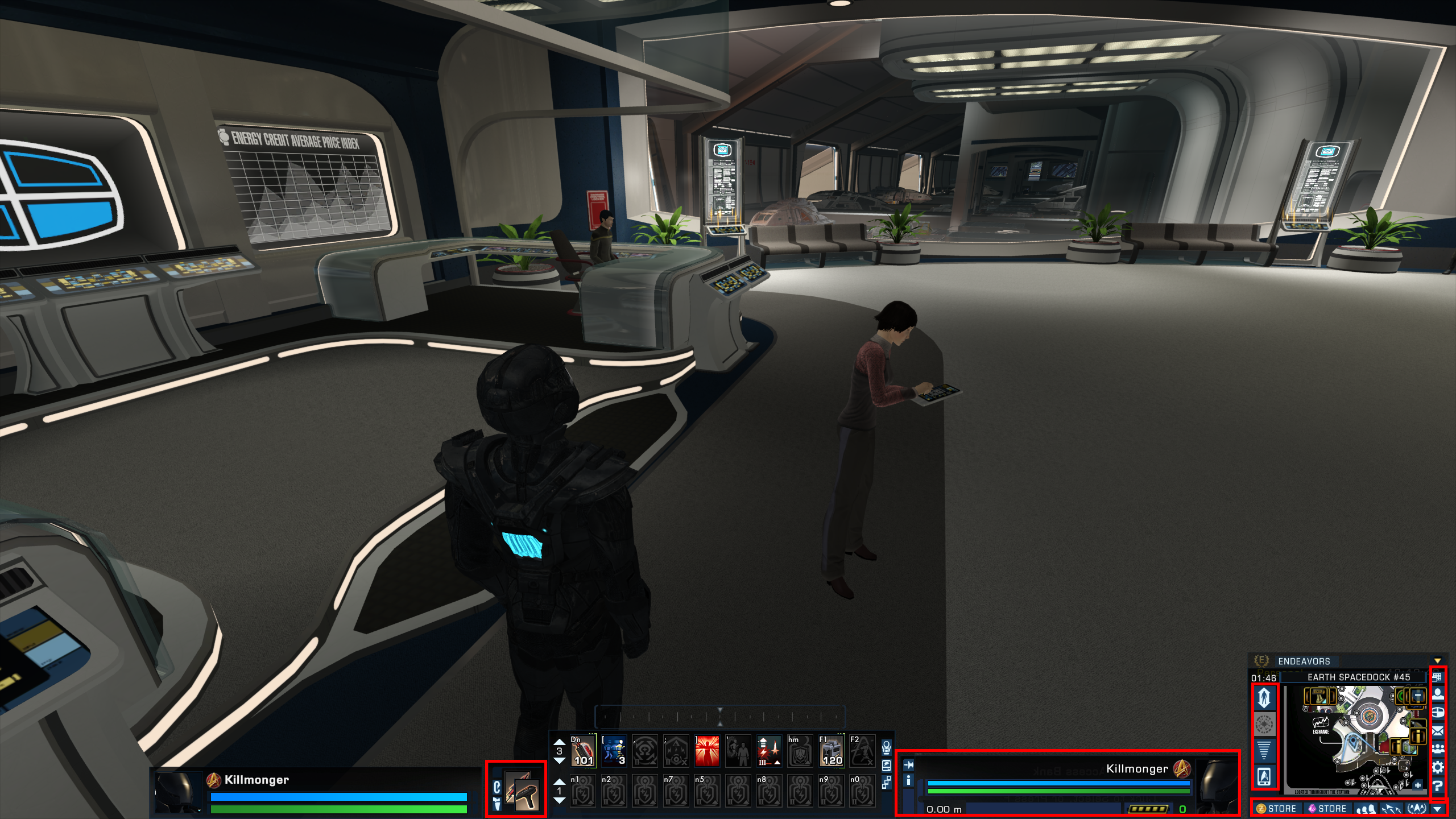 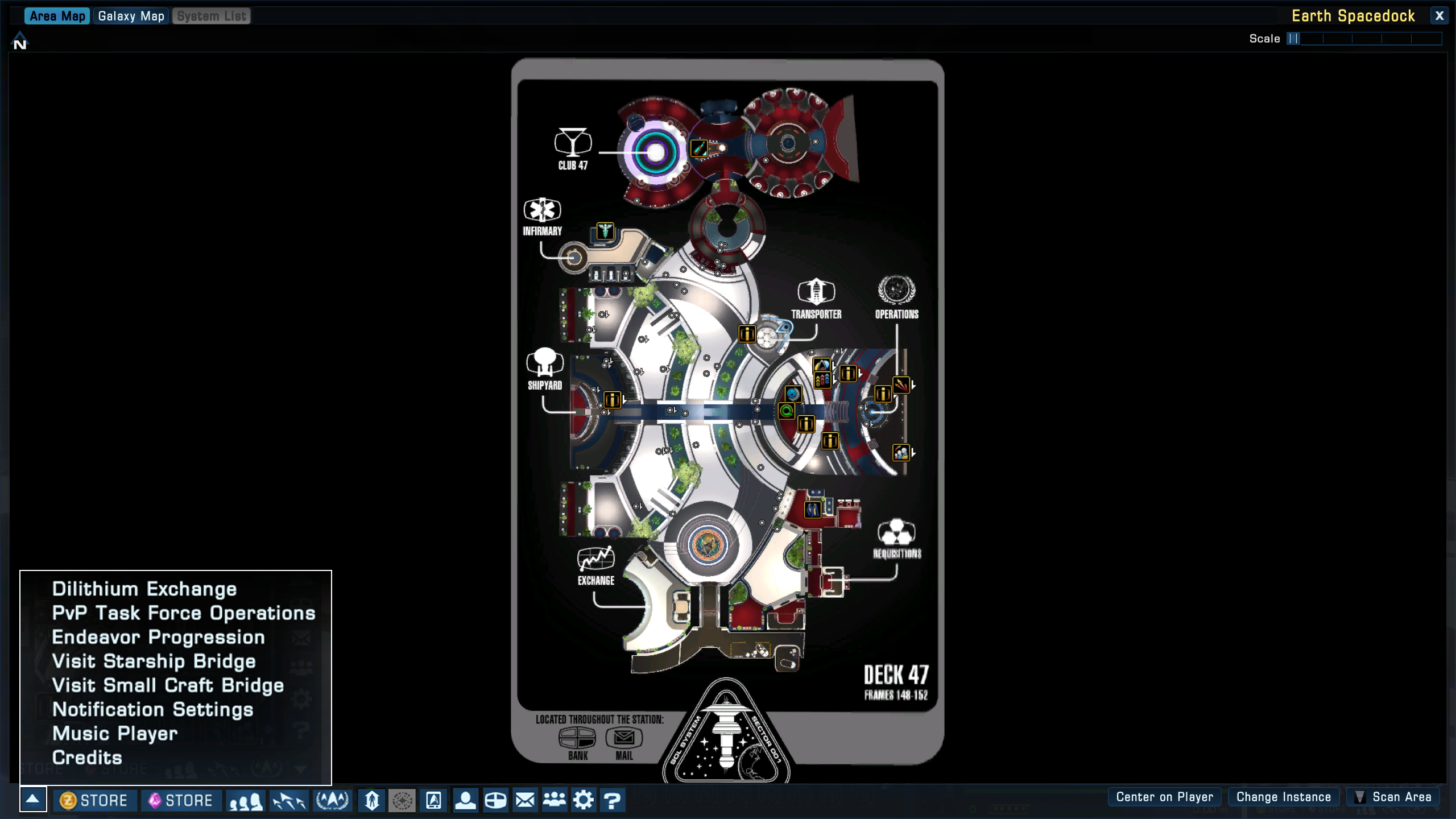 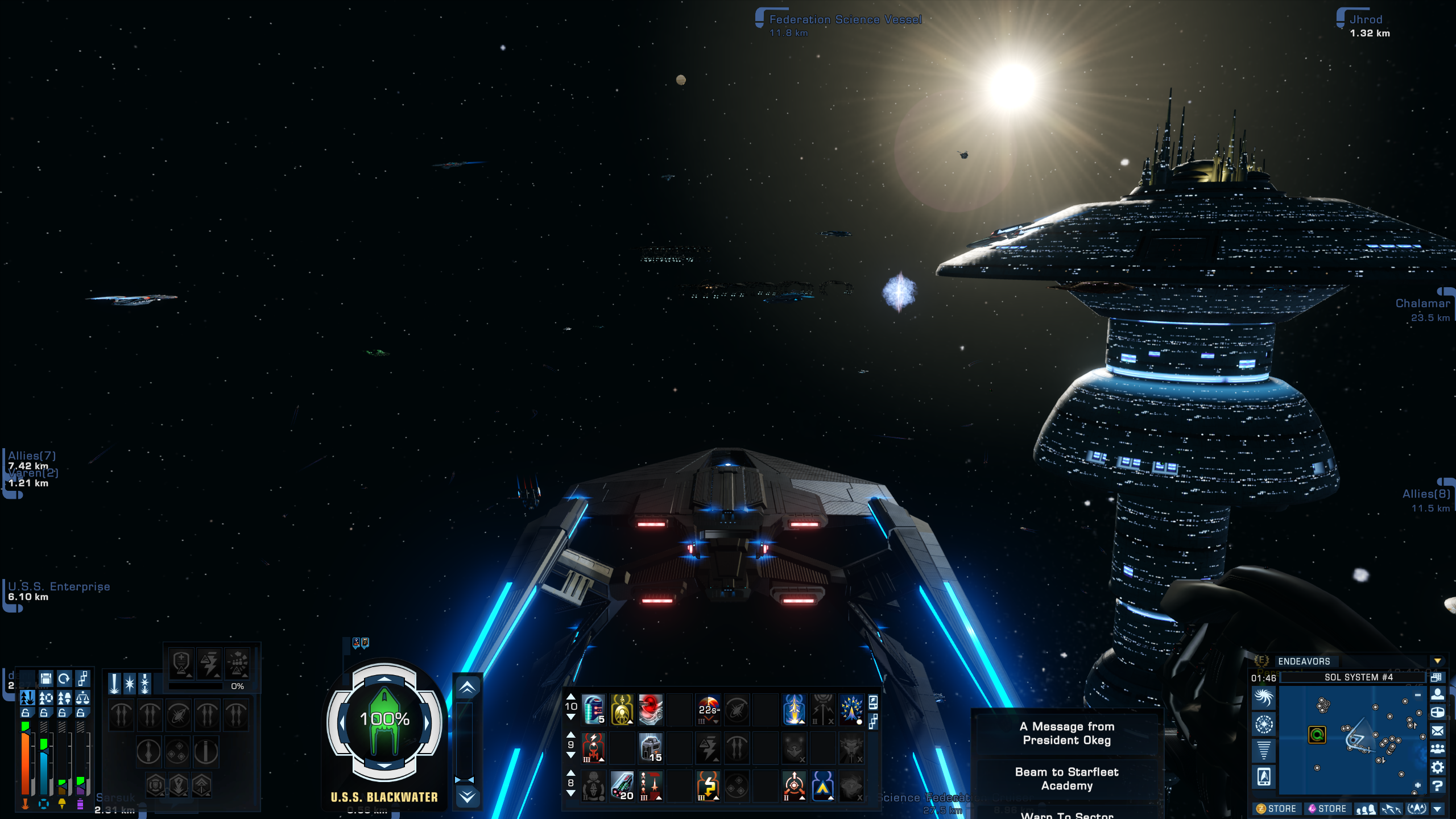 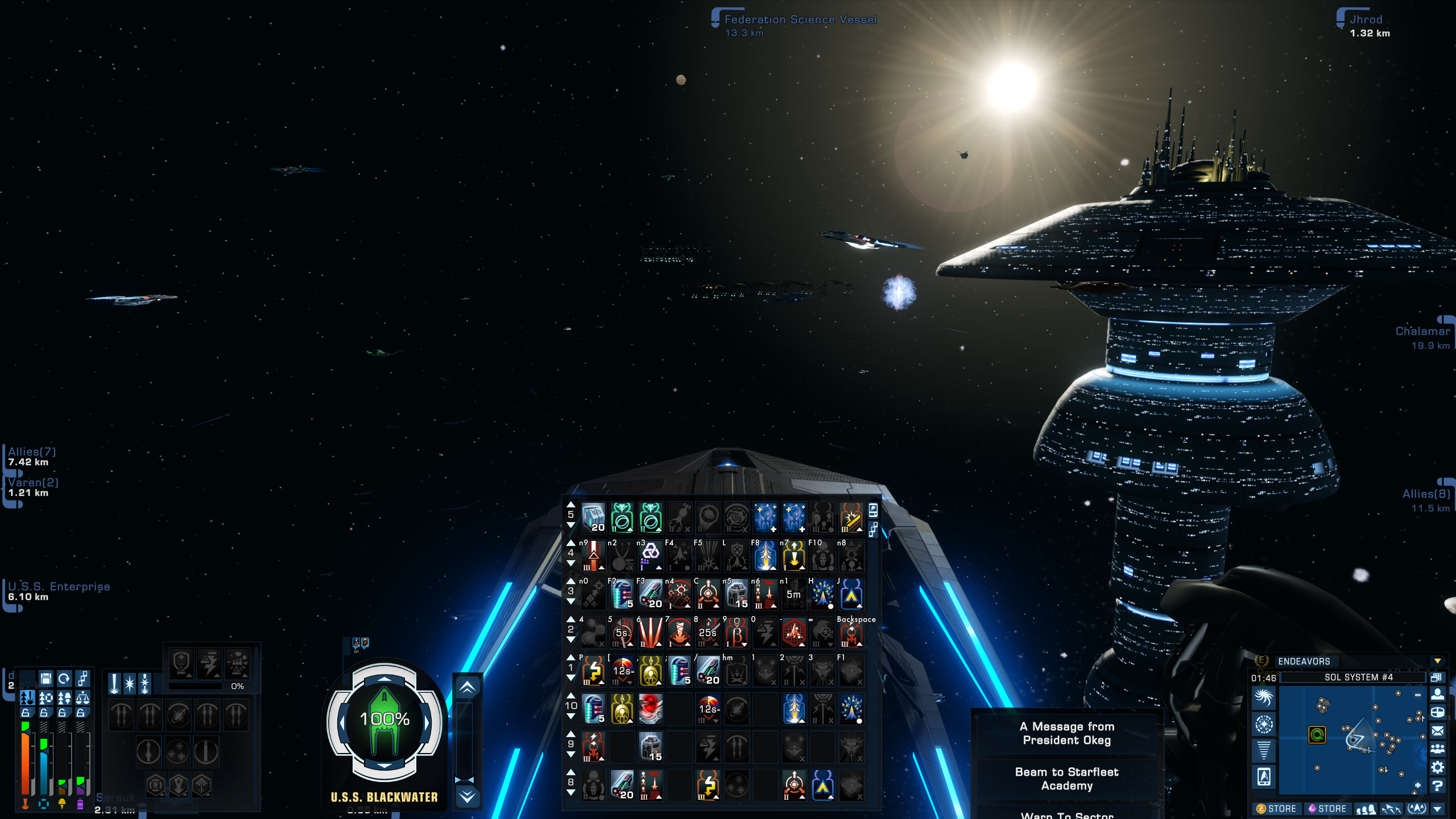 What buttons are keyed and being mashed behind the scenes

Just some suggestions.
Fingers crossed for the return of the Section 31 Heavy Rifle