creator intent vs on screen

markhawkman Member Posts: 35,231 Arc User
February 2017 in Ten Forward
Personally I think both are important in their own ways. But some people try to say only on screen info is canon. Why? Well there was this statement published by Paramount: "As a rule of thumb, the events that take place within the real action series and movies are canon, or official Star Trek facts. Story lines, characters, events, stardates, etc. that take place within the fictional novels, the Animated Series and the various comic lines are not canon." But that statement was modified greatly later.

Also, in 2007 Paula Block said: "'Canon' in the sense that I use it is a very important tool. It only gets muddled when people try to incorporate licensed products into 'canon' - and I know a lot of the fans really like to do that. Sorry, guys - not trying to rain on your parade. There's a lot of bickering about it among fans, but in its purest sense, it's really pretty simple: Canon is Star Trek continuity as presented on TV and Movie screens. Licensed products like books and comics aren't part of that continuity, so they aren't canon. And that's that. Part of my job in licensing is to keep track of TV and Movie continuity, so I can help direct licensees in their creation of licensed products. It gets a little tricky because it's constantly evolving, and over the years, Star Trek's various producers and scriptwriters haven't always kept track of/remembered/cared about what's come before."

It was replaced with this: "As a rule of thumb, the events that take place within the live-action episodes and movies are canon, or official Star Trek facts. Story lines, characters, events, stardates, etc. that take place within the fictional novels, video games, the Animated Series, and the various comic lines have traditionally not been considered part of the canon. But canon is not something set in stone; even events in some of the movies have been called into question as to whether they should be considered canon! Ultimately, the fans, the writers and the producers may all differ on what is considered canon and the very idea of what is canon has become more fluid, especially as there isn't a single voice or arbiter to decide. Star Trek creator Gene Roddenberry was accustomed to making statements about canon, but even he was known to change his mind."

This lasted until 2010 when all statements about canon policy got erased entirely. There is a rather obvious change though in that the current database on the website apparently lists TAS as canon. Which means that the last published policy is no longer valid. It's possible it was removed because they didn't feel like updating it any more. At any rate there is no currently published reference as to what the policy is. Also it's debatable whether behind the scenes info was considered canon. The phrasing doesn't specifically include or exclude it. The general purpose seems to be about which stories are considered canon, not specific details.

At any rate the core focus of this discussion is not the precise details of the old(and out of date) canon policy. It's about whether creator intent and behind the scenes information is useful as part of canon.

The main reason why I like it is a simple matter of practicality. There's only so much info you can cram into a TV show. This is part of why TNG started the trend of Okudagrams. It adds background info without getting in the way of the story. There's a reason why only around half of the stuff from the LotR books made it into the movies. But even then the BOOKS are missing a lot of back story. There are some things Tolkein never wrote because he never decided what they should be. But then you have the Silmarillion.... which is mostly the backstory of where Sauron came from.... along with a bunch of other things like explaining why Numenoreans are special, and what Gandalf meant when he said "not even Ancalagon the Black".... Short version: Ancalagon made Smaug look like a puny weakling. Ancalagon was said to be so big that when he died he crushed a castle(or was it a mountain?) by falling on it or something.

See... the Silmarillion was published after Tolkein's death and was compiled from notes Tolkein had made about the backstory of the world. Thus it actually counts as behind the scenes info since it was not directly written and published by Tolkein himself. While he wrote the material, he didn't make it into a book and it's unclear how much of it he was planning to actually use.

In Star Trek, there are lots of things that are only seen in the scripts. Often these are descriptions of things that don't actually get described on-creen. One criticism of this is that this information is often ignored by later writers. Well that happens to things that get seen on-screen too. Then you have weird special effects that sometimes make things look different from how the writers had envisioned them. Like how TOS often showed planets with no atmosphere.... 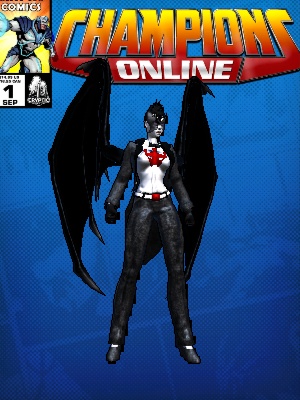