folv
folv#5303
Posts: 88 Arc User
May 2018 edited May 2018 in Costumes and Concepts
Hey all. I've decided to start compiling, organizing, and posting my screen shots for both my own use and hopefully for the entertainment and inspiration of others. I use to play city of heroes, but young Folv unfortunately left little for me to help reminisce in terms of screen shots and what have you. All I have are vague memories of the costumes I created. This time around, I'd like to have something to remember the fun I had with Champions when all is said and done.

My first major inclusions to this thread will be in the form of a team; starting with my mock-DC creations (which is what I shot for when first joining Champions Online). I enjoy the creation of characters that are loosely based on their counterparts likely due to my fascination with the "Freedom Force" franchise from my earlier gaming years. They handled that approach very well. 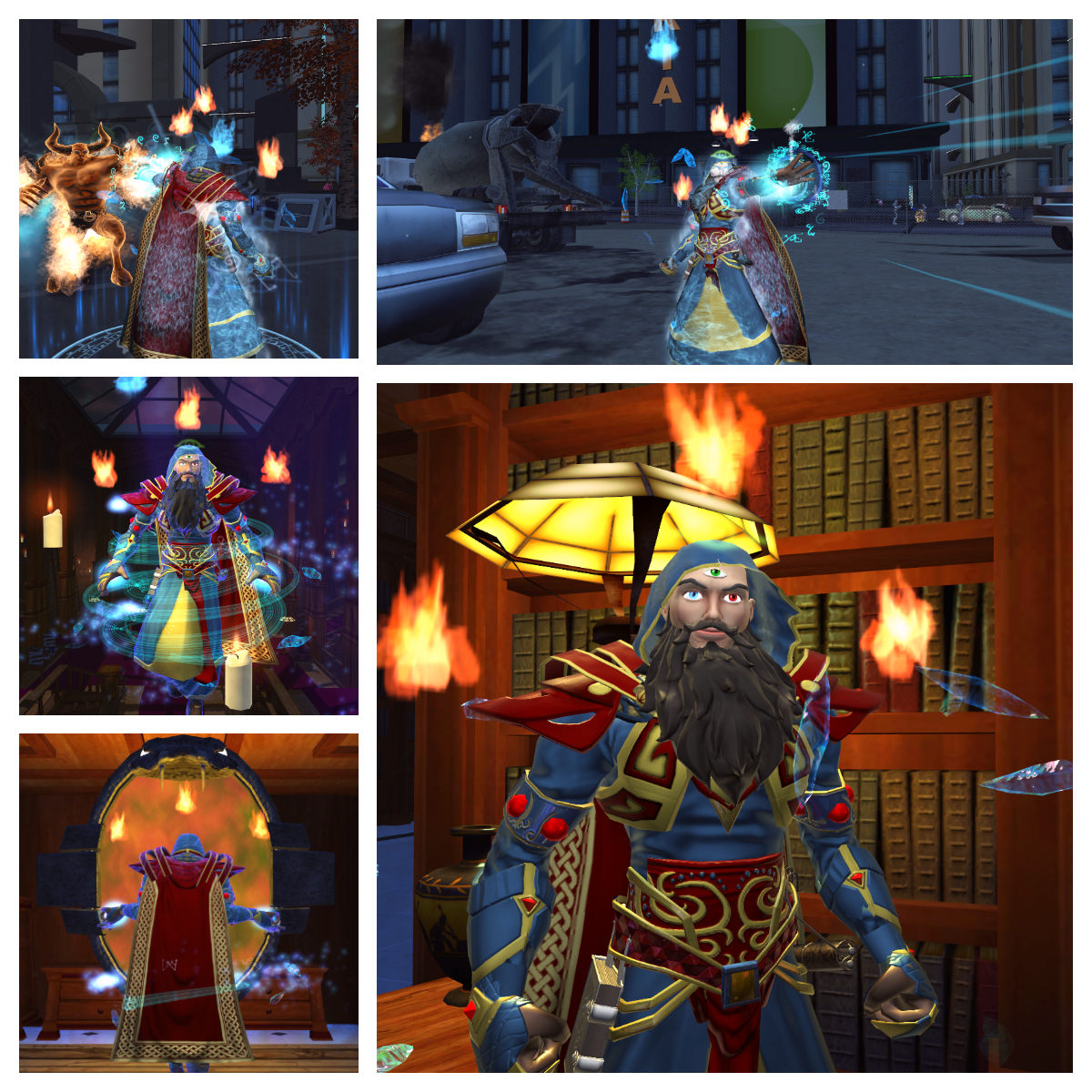 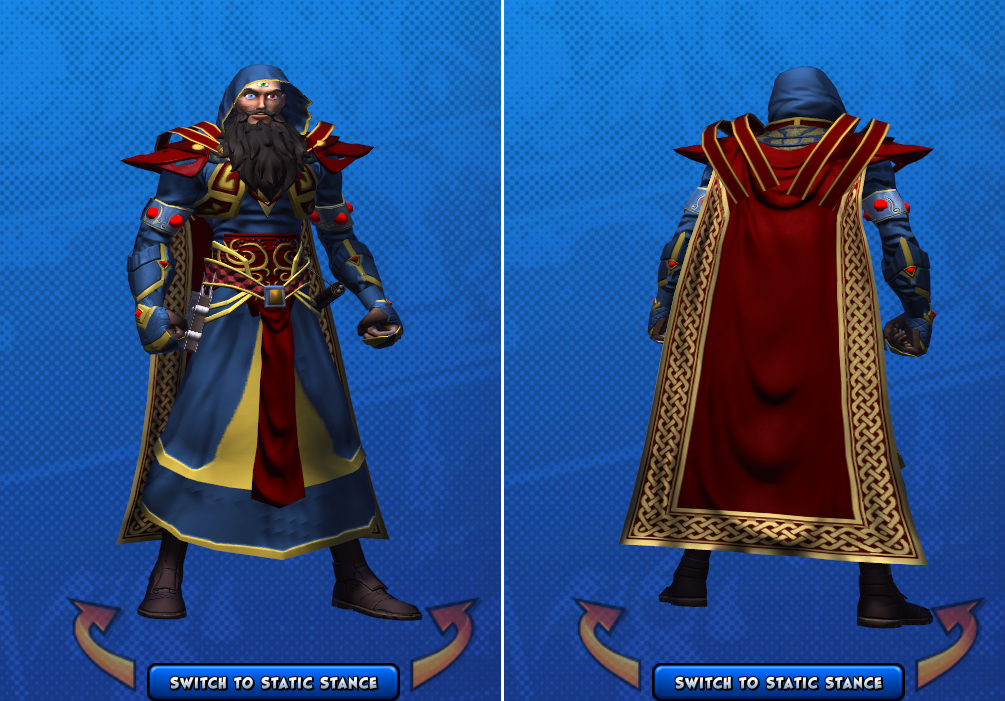 I've always been a sucker for mage-type classes in any MMORPG i've ever played. I am also a pretty big fan of old-school Dr. Strange and Dr. Fate. This character draws from quite a few sources relating both to super heroes and other wizard-type inspirations. 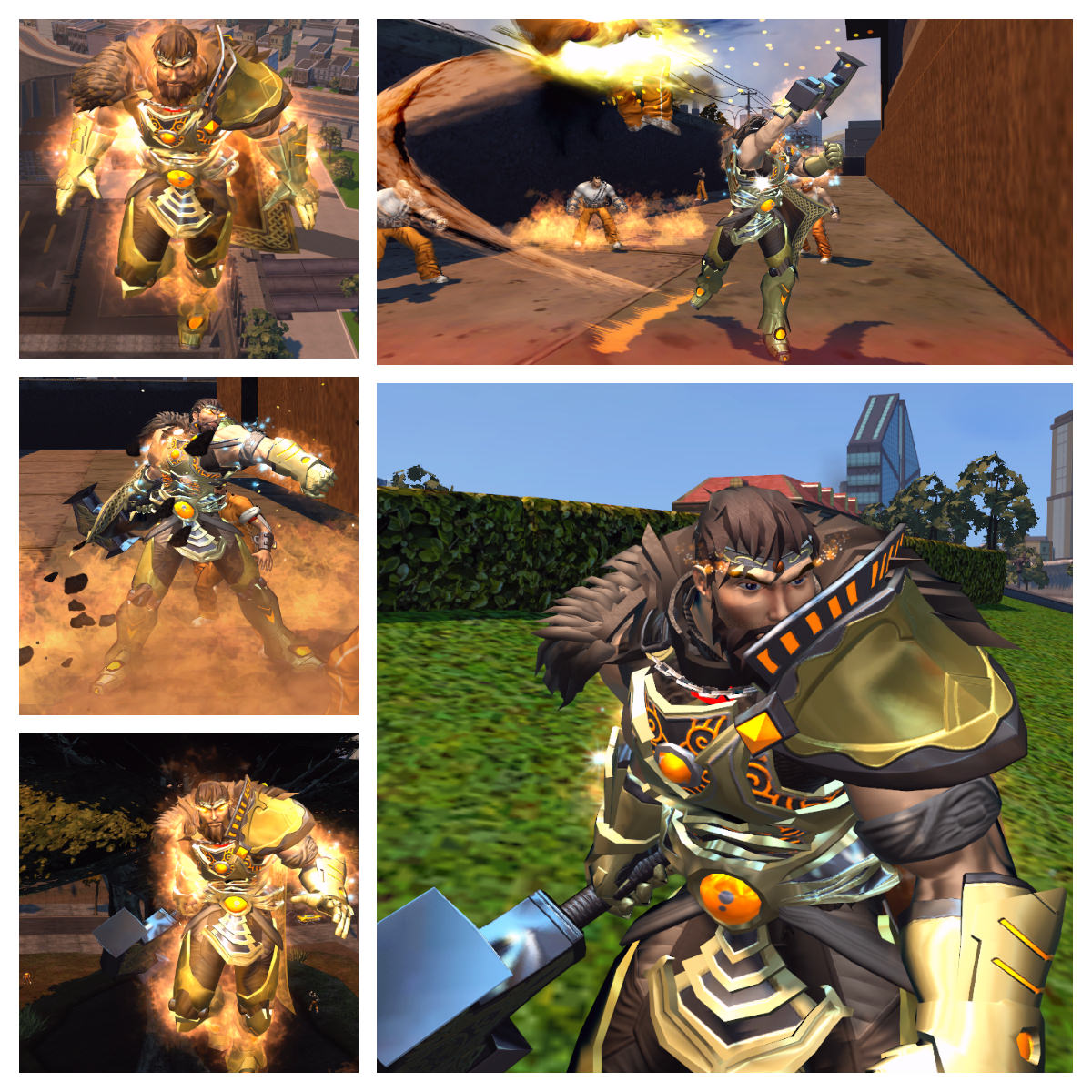 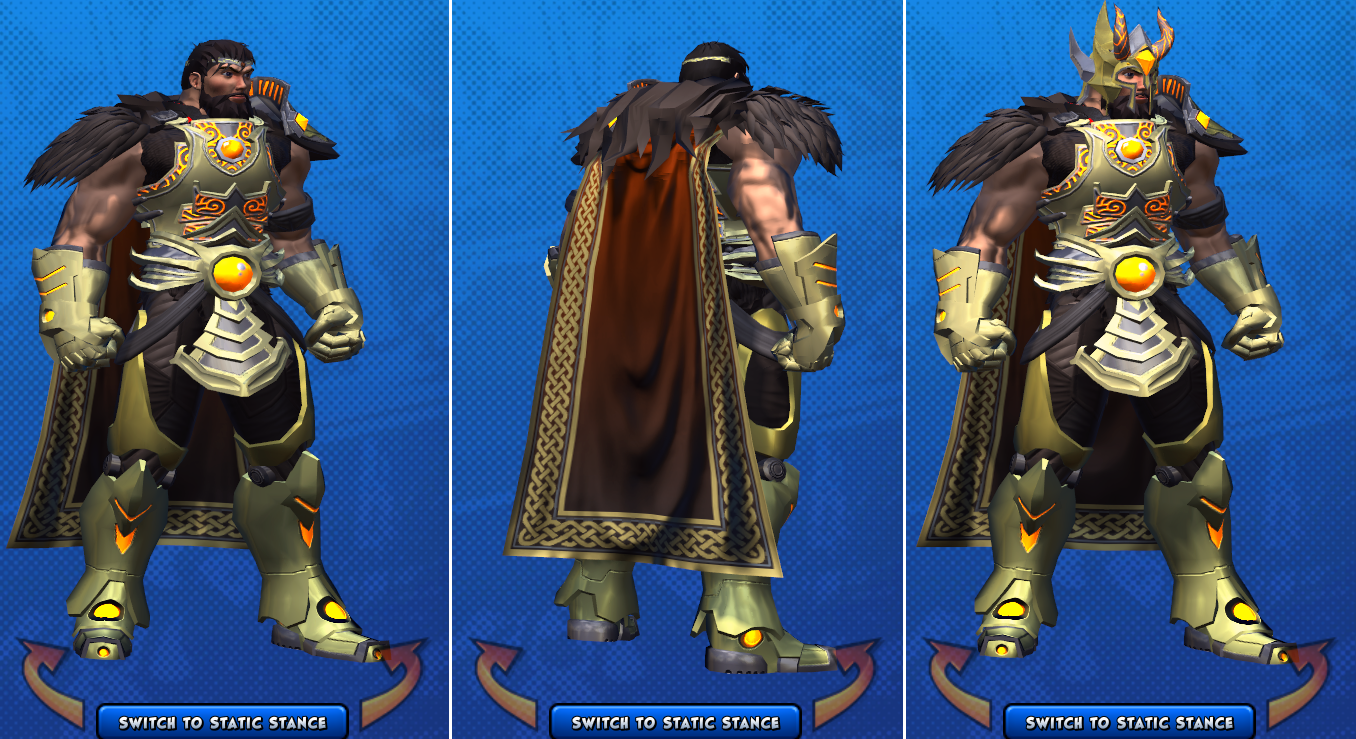 "Norh" is obviously a play on the word "Norse" in reference to the Norse Mythology where Thor (the inspiration) originates. The god of thunder has always been one of my favorite super heroes ever since the 90's, and is in fact the only icon that I have any memorabilia for. So it shouldn't be to hard to see why I made an homage to his persona. The two-handed weapon set features moves that include fire damage, so I decided to shift the element in that direction for this build to create both contrast between the inspiration and ease of building the character. 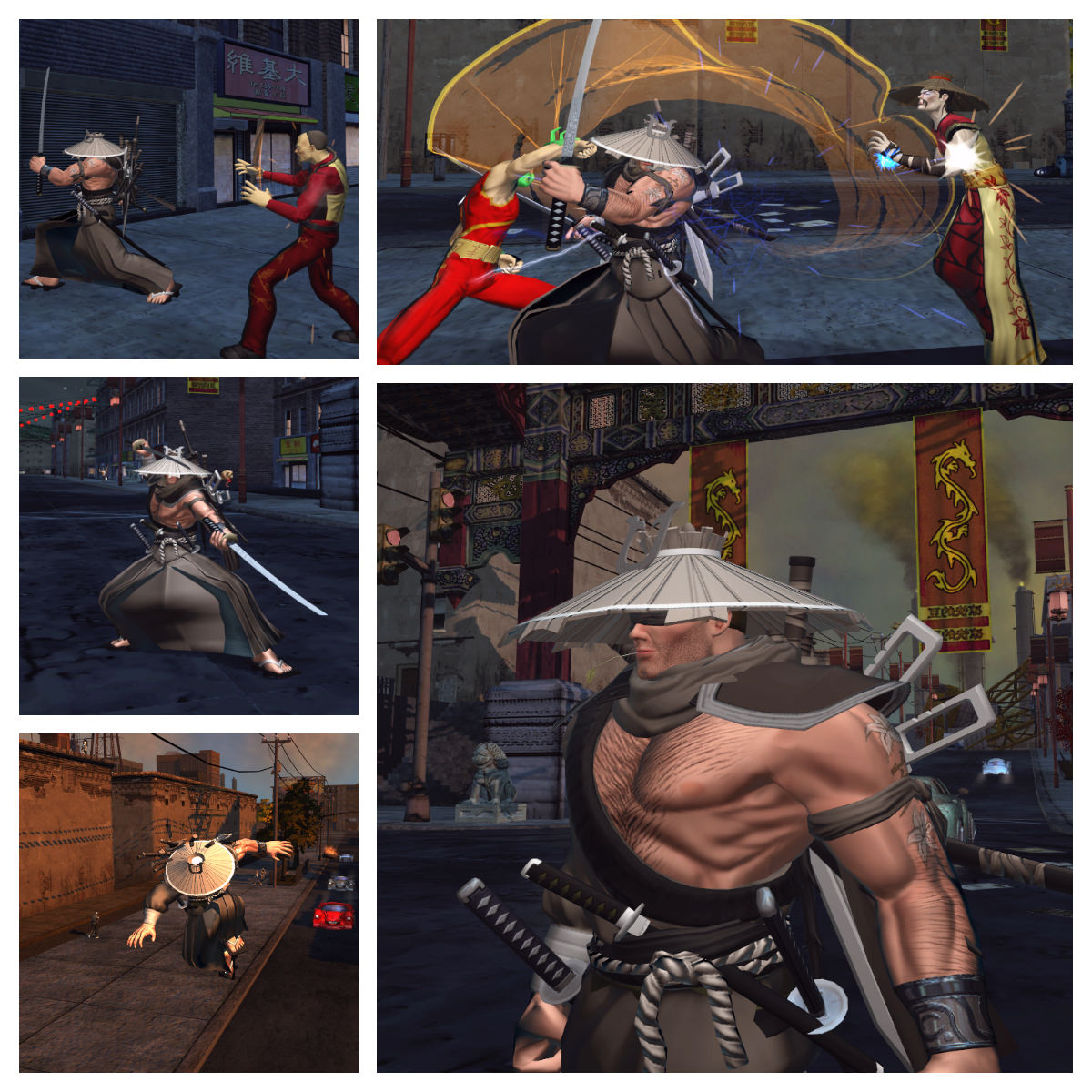 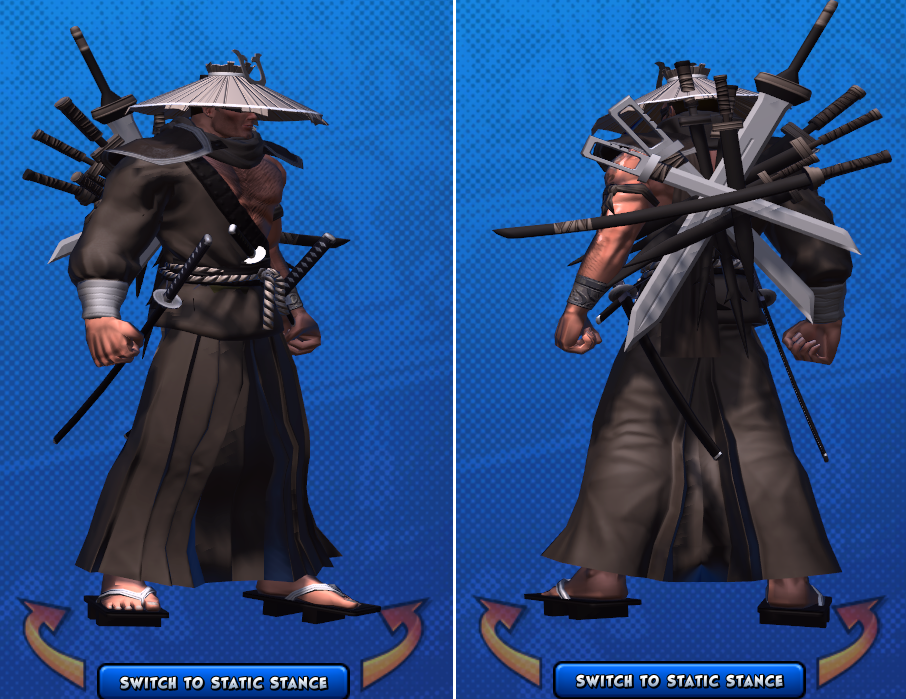 This was my attempt at a typical samurai-esque archetype. I went with the way-to-many-weapons theme in my head before I started and made it a point to cram as many blades as I could on his person. Needless to say, you can display a lot of blades.. 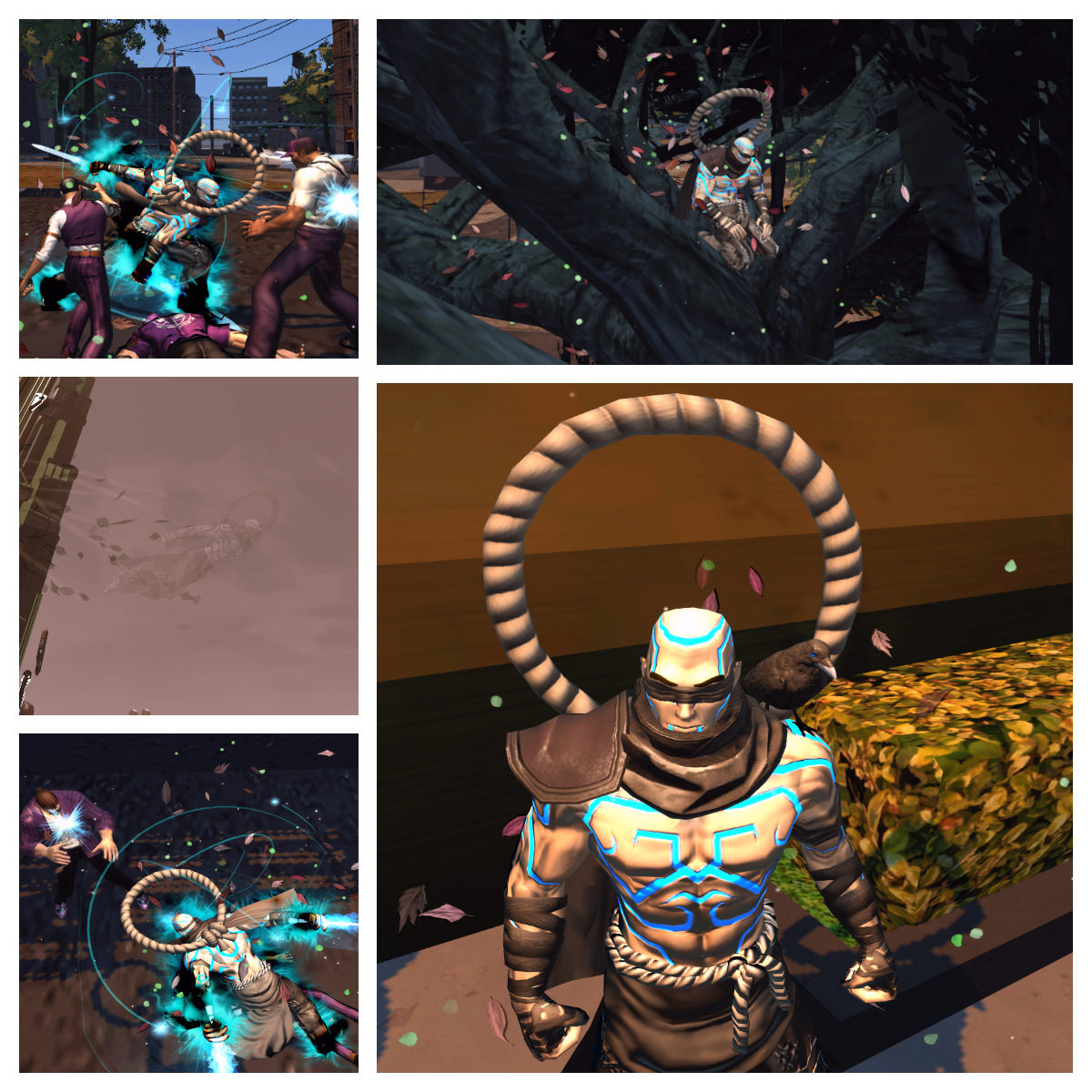 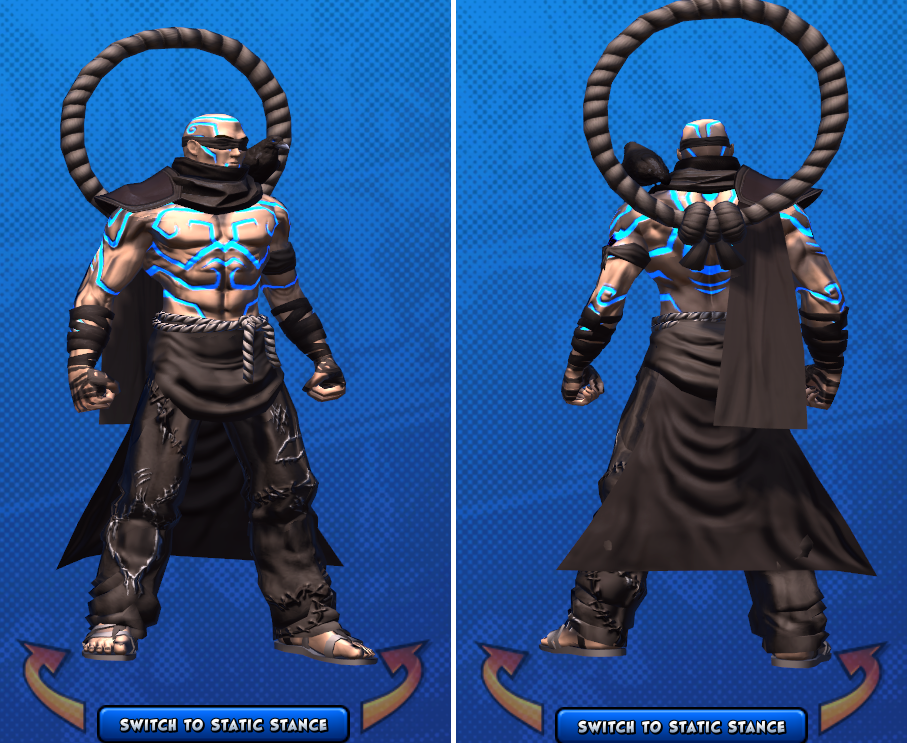 The Ancient was really just my excuse to use the Arcane Tattoos. I wanted to make a mystic being that emanated power, displayed through those glowing marks. As I got further into creating him, I decided to go more of the "peaceful solemn" approach to the character. The mixture between the falling pedals and leaf auras really does a lot to develop the atmosphere I was shooting for. 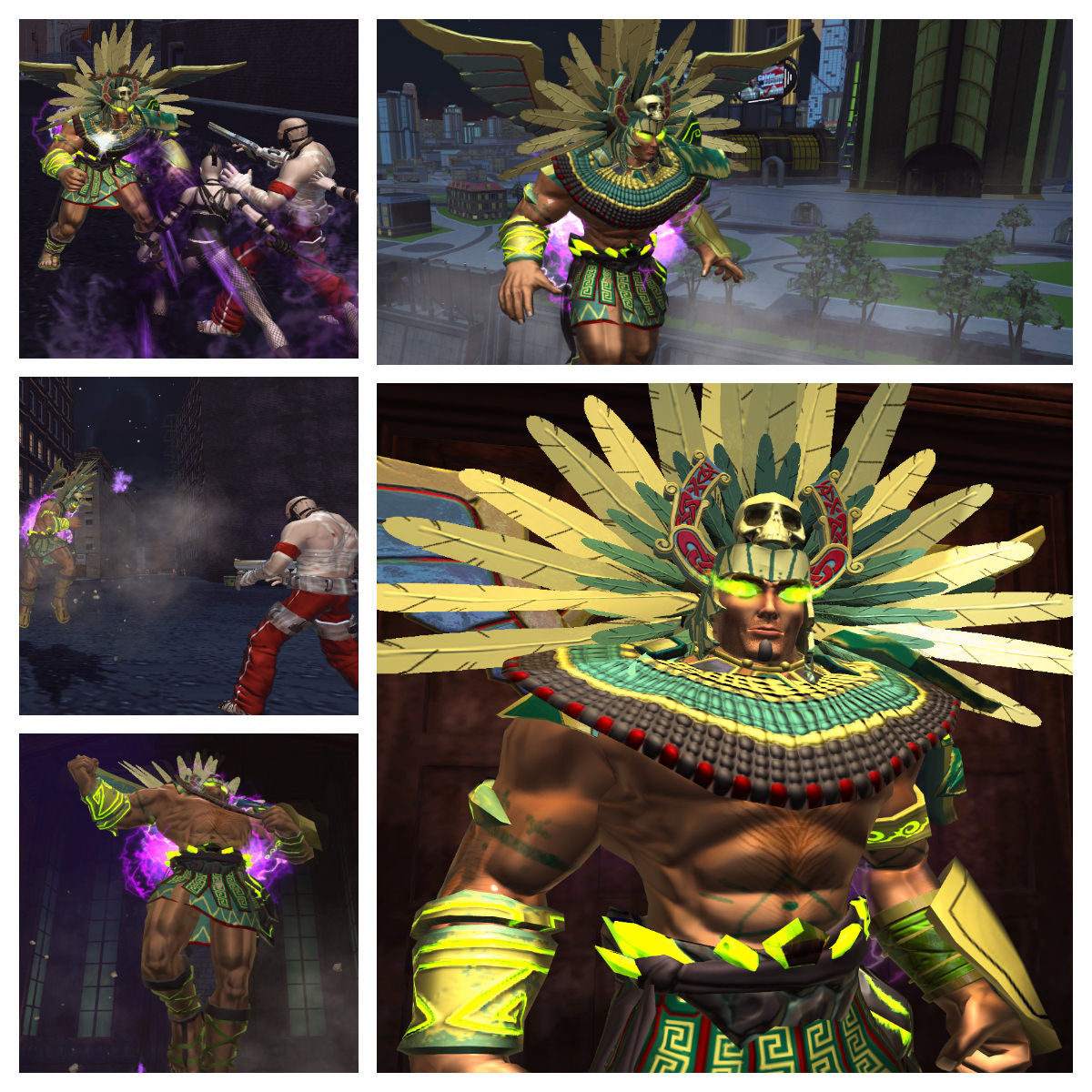 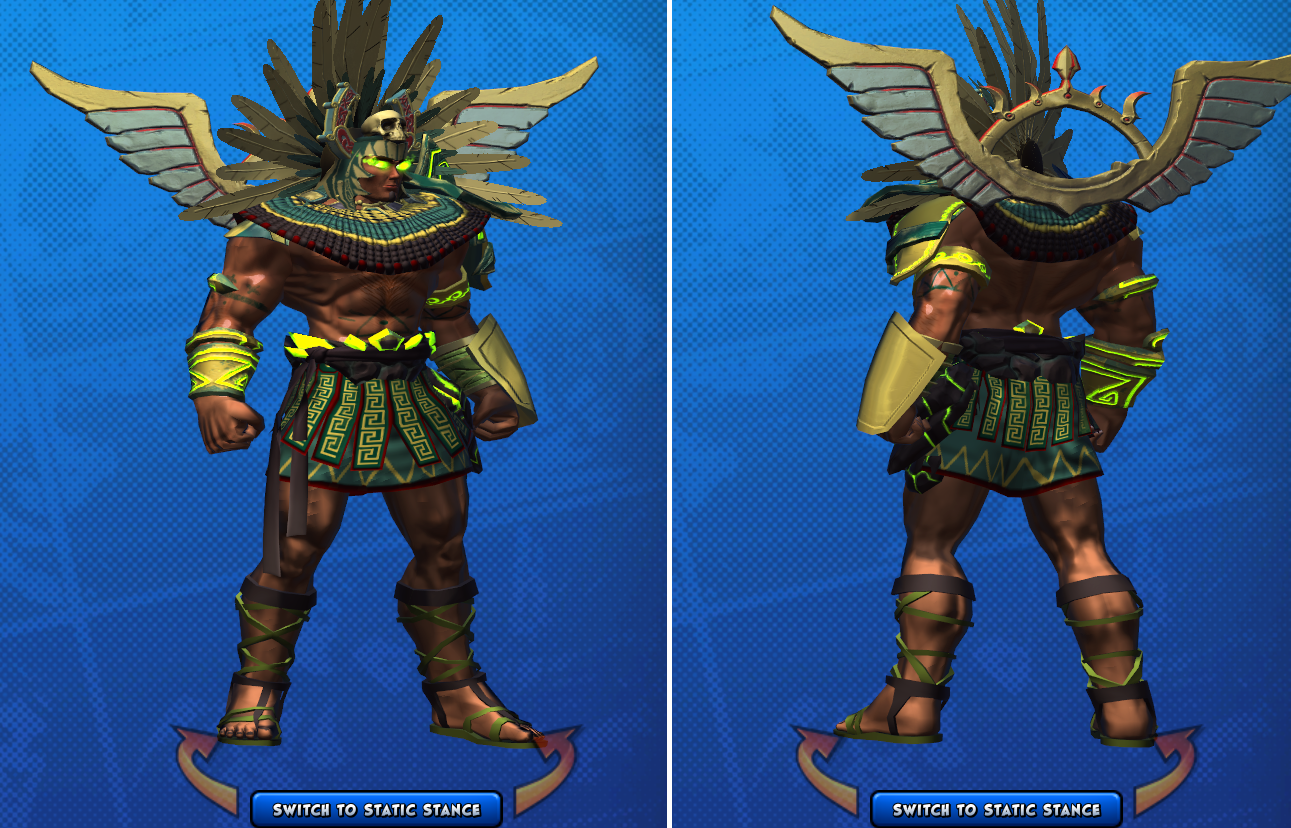 Architech and The Incredible Bomb 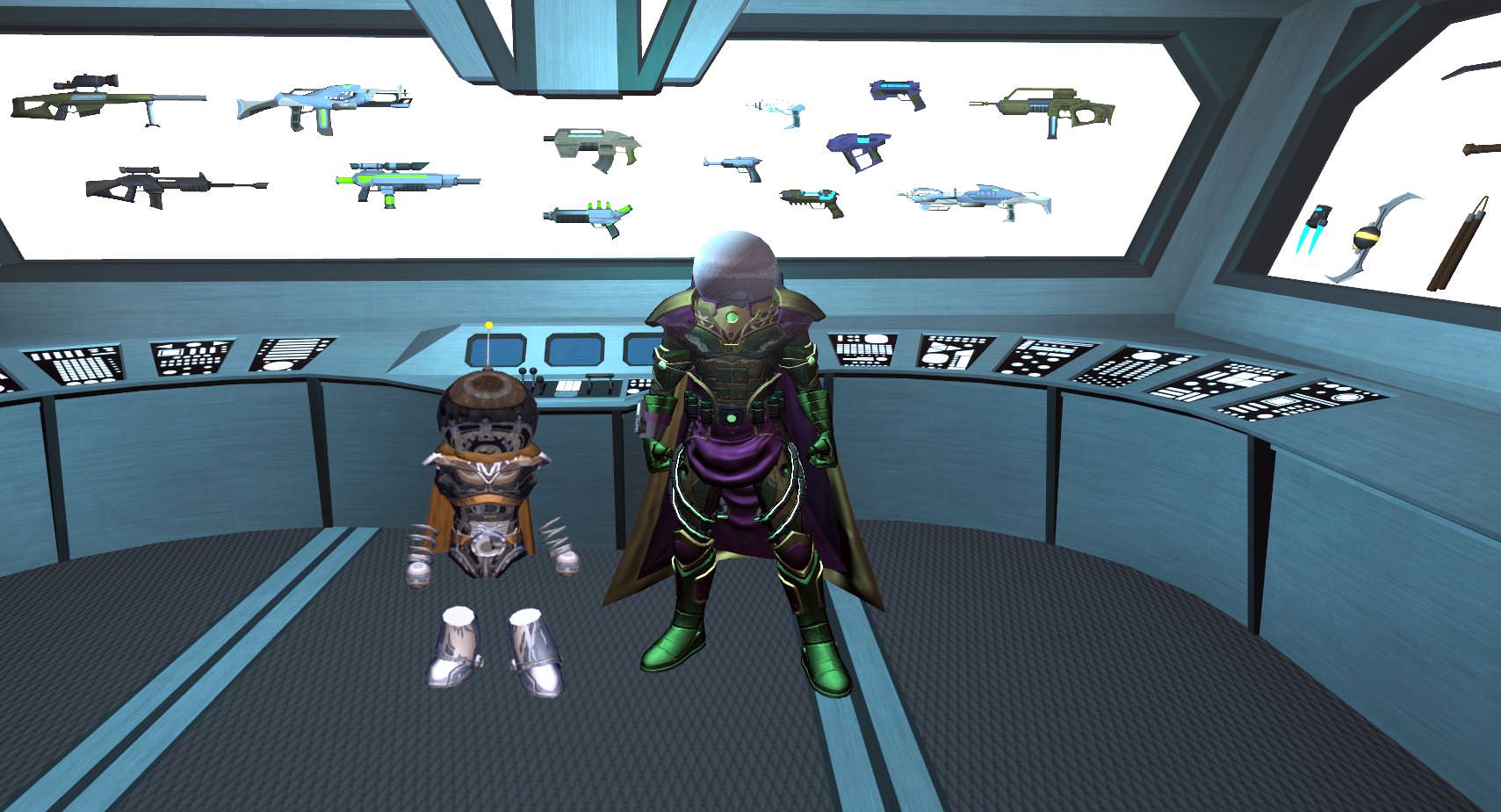 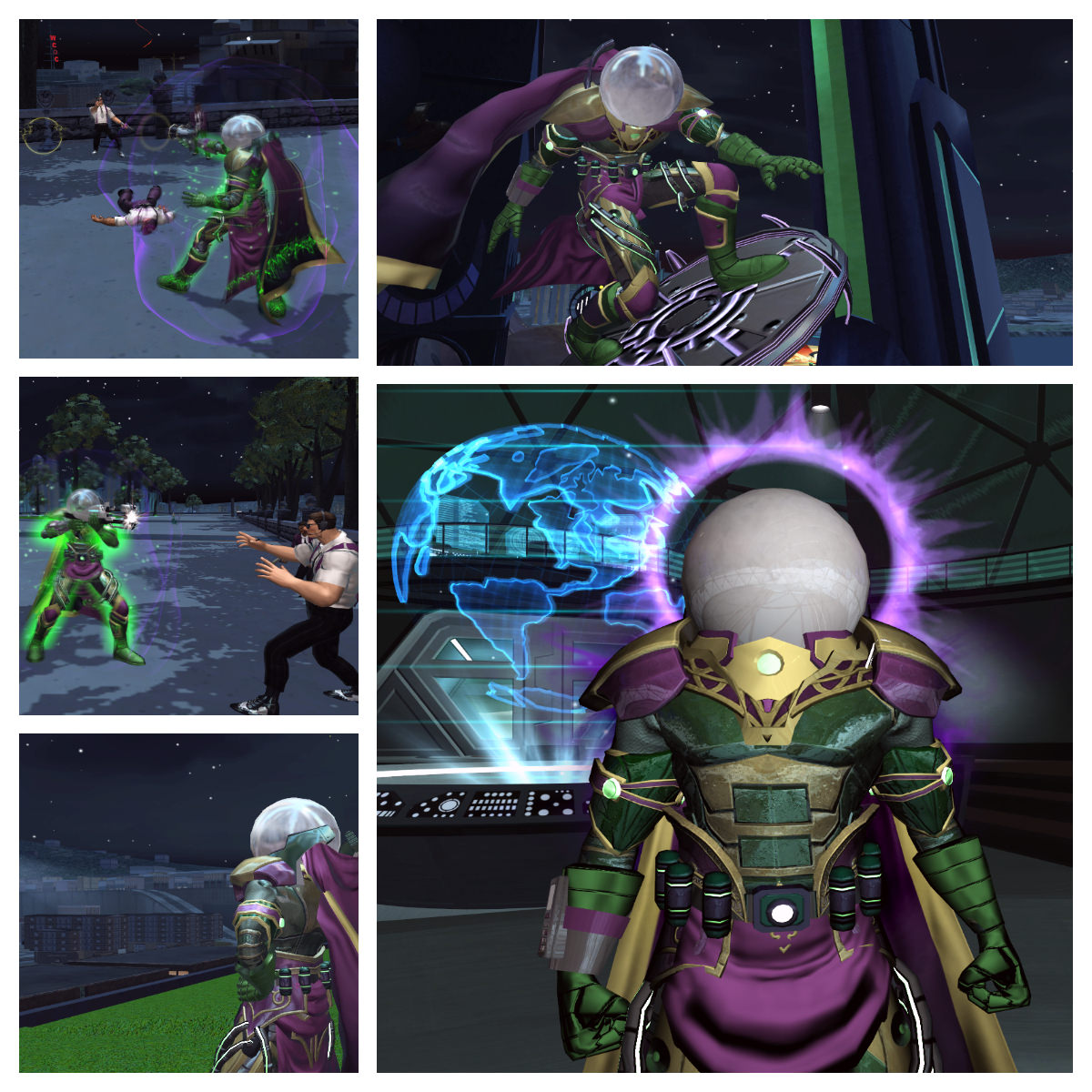 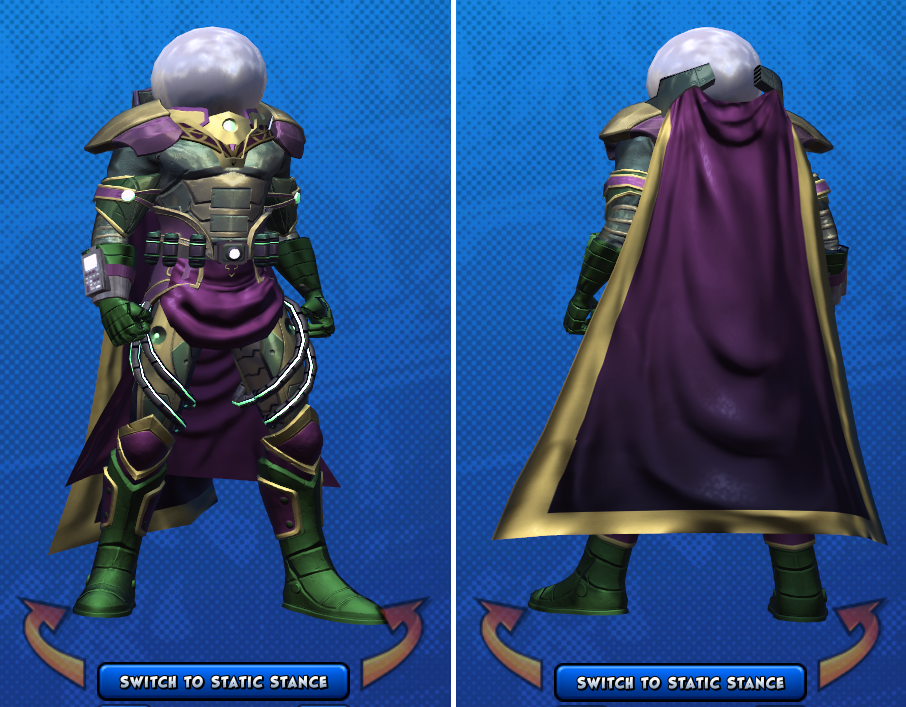 I was going for somewhat of a Dr. Doom look at first... but then it ended up with a bit more of a Mysterio vibe... (okay, a lot more). I'm happy with the way it turned out, but the similarities are undeniable. Architech is a gadgeteer as opposed to a magician, though. But if I am being honest with myself Mysterio is a bit of a techy himself with his illusion inventions meant to mimic magic. 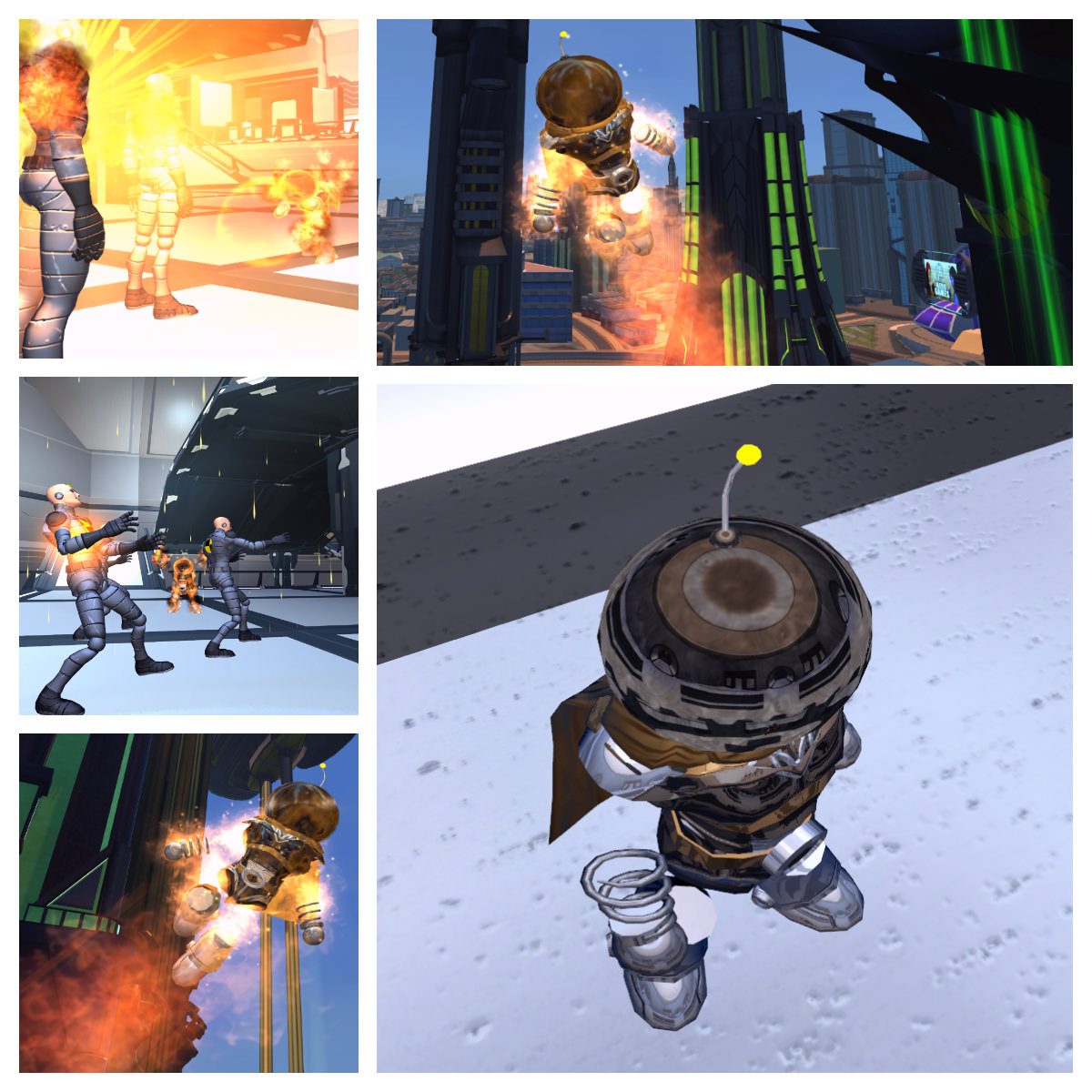 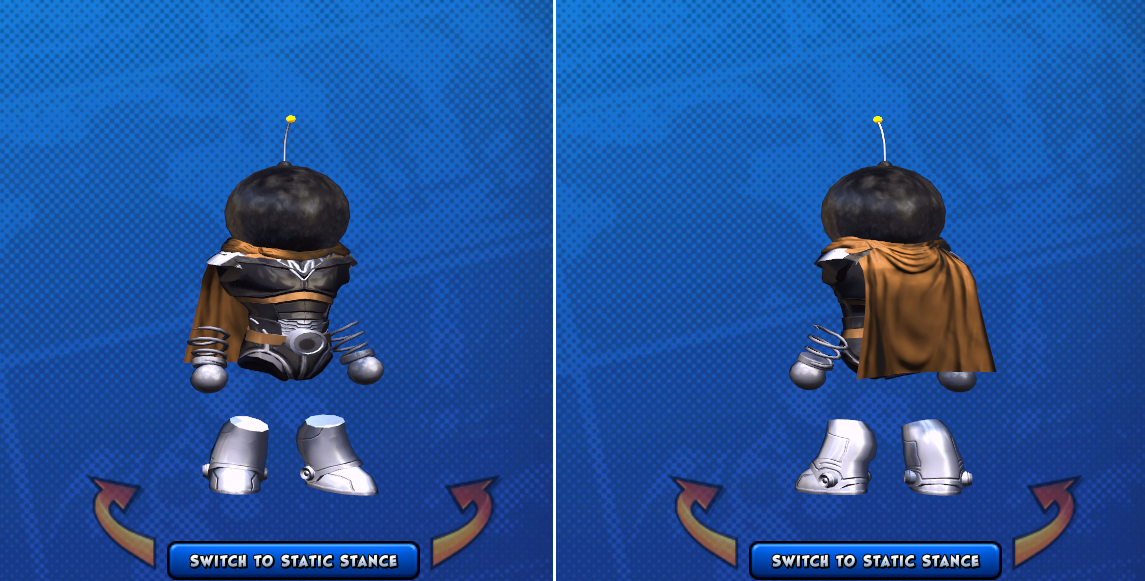 The Incredible Bomb idea happened when I was cycling through color schemes for Architech. At one point, I cycled through black and at the time had the single antenna sticking upwards out of his helmet. It struck me as funny because it looked like he had a bomb-shaped head, but then I realized that I had something there! The Incredible Bomb is one of Architechs gadgeteering inventions and consequently is his sidekick.
Post edited by folv#5303 on May 2018