Are there Heroes and Villains in the Champions universe who use SONIC-damage types attacks?

avianos Posts: 5,549 Arc User
August 2017 in Champions Pen and Paper RPG
Last month I started a discussion about a potential Sonic damage powerframe, in an attempt to raise the community's interest about Sonic damage attacks as well as getting feedbacks

one of the things I asked in the original post was

@ CO Loremasters is there any Hero/Villain in the Champion universe who is using Sound Waves as primary power? 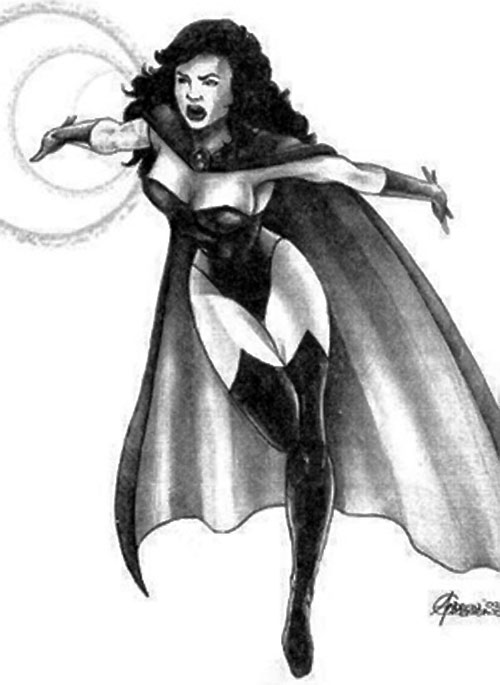 Howler’s sonic powers derive from the alien amulet she wears (a communications system central processing link, normally worn by a starship’s pilot or communications officer). It has merged with her human body and in the process granted her the ability to:
She can absorb sound and use it to increase many of her own abilities as well.


Excuse my complety lack of knowledge about Champions' Lore and Universe but Sonic damage characters really fascinates me and I would like to learn more about them, especially if they can be proven potential ingame heroes/bosses for future updates

Are there any more Super Heroes and/or Villains in the original Pen and Paper RPG who use Sonic powers as primary attack?​​
POWERFRAME REVAMPS and BUG FIXES > Recycled Content and Events
An Introvert guy who use CO to make his characters playable but farms way to much to archieve that
Playing as EVERYTHING but Superheroes (BUT they are my Heroes) Eternal Silver since 1 February 2011
Currently playing with 86+ Characters (7 ATs, 79 FFs) Loving all of them, ALTitis for Life but I'm running out of unique FF builds!
Tagged: