aftulus Member Posts: 667 Arc User
October 2021 edited October 2021 in Star Trek Online General Discussion
If I do this assignment will i loose my purpose doffs. I'm not sure what it means bye civilians will be lost. I'm not sure if civilian means the category or just the white doffs like prisoners that you can carry with you.

And if it loses them why on earth would they allow it with such rare doffs. I could loose irreplaceable doffs.

I was looking for recruit xp because it's the only one I don't have maxed out. This would be a nightmare for any character to accidentally run into. 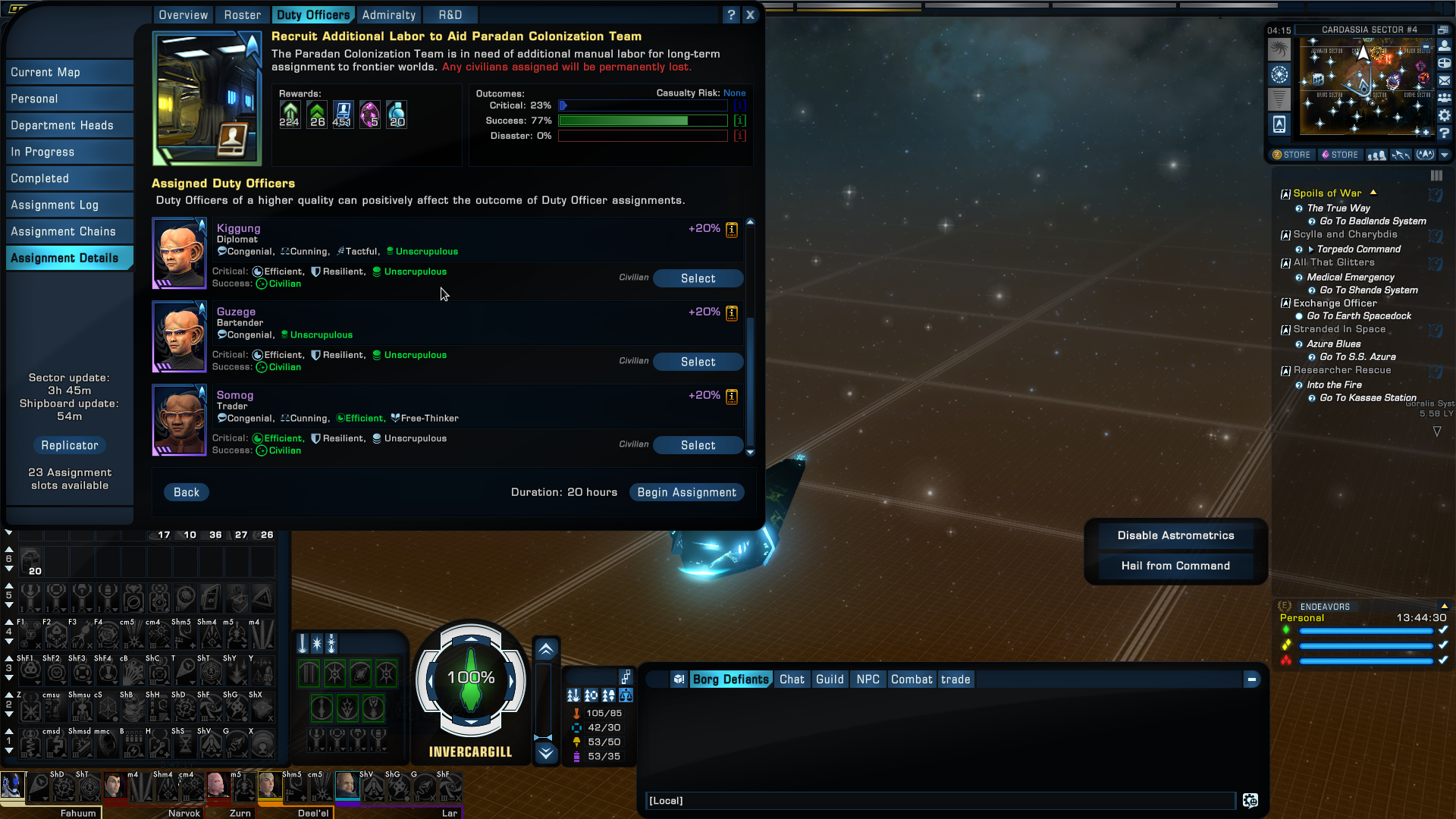