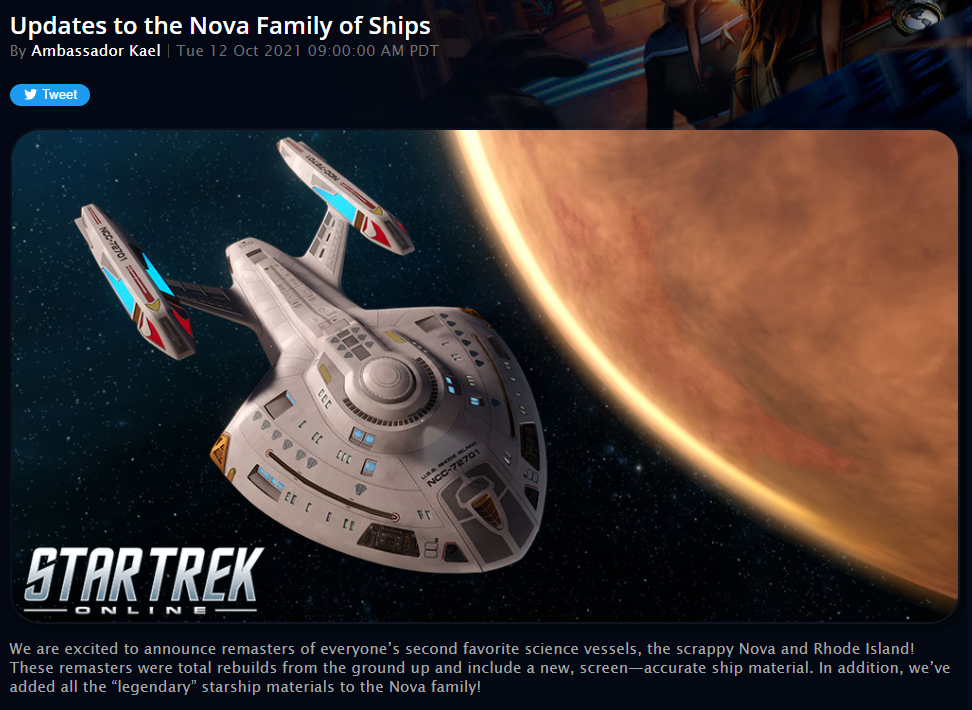 With this news I thought it sensible to start a new thread. The old thread has really run it's course now, since it was more to highlight the need for the class to be remastered/given the T6 treatment. Granted, there isn't a T6 version (yet?) but I, personally, can live with that - my biggest beef with the fact they ignored it for so long was the terrible quality of the old model, which is highlighted in the linked blog.

As for a T6 version - who knows? I assume there will be one as I have a very hard time believing Cryptic would've put so much Dev time and effort into remastering the ship with no ROI.
But I guess there isn't any harm in discussing what we'd like to see them do with a possible T6 version of it.
Post edited by reyan01 on October 2021
0
«123456»