mandos21 Member Posts: 6 Arc User
June 2018 edited June 2018 in PC Gameplay Bug Reports
So I've been playing this game for about 6 years (poured time and money into it) and never really encountered any major issues. However, since the latest expansion released, I have encountered several game breaking bugs which block mission and story progression on at least 2 of my characters (haven't tried the others)!


One of these bugs is on my main character and blocks progression in the new episode. During the "The Tzenkethi Renegade" mission, after I talk with Geordi, I cannot interact with the Tzenkethi Captain. 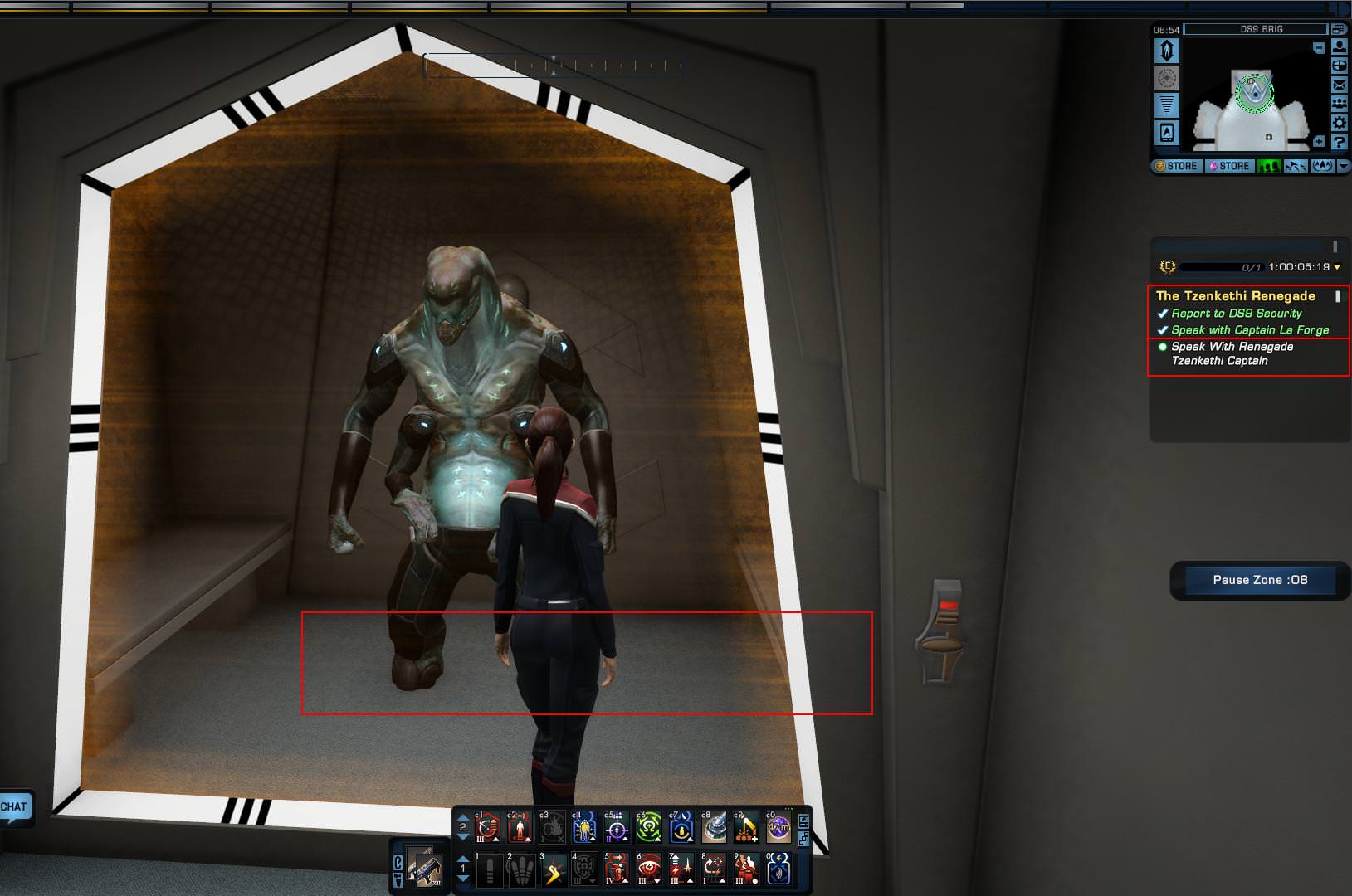 I am in the right place but there is no prompt to interact with him. No way to progress further.


The other issues are on my Romulan which is even more screwed up. I created this character back when the Delta recruits were a thing, leveled it up to 10 and abandoned it until now. I picked it back up (after hearing you can now buy Klingon ships on Romulans) and wanted to level it up. But, guess what, the game won't let me progress.

The first issue is with the "Neutral No More" mission. No matter how many times I acquire the free ship, and I can apparently acquire it infinite times though I can only have one active at a time, the mission will not complete. 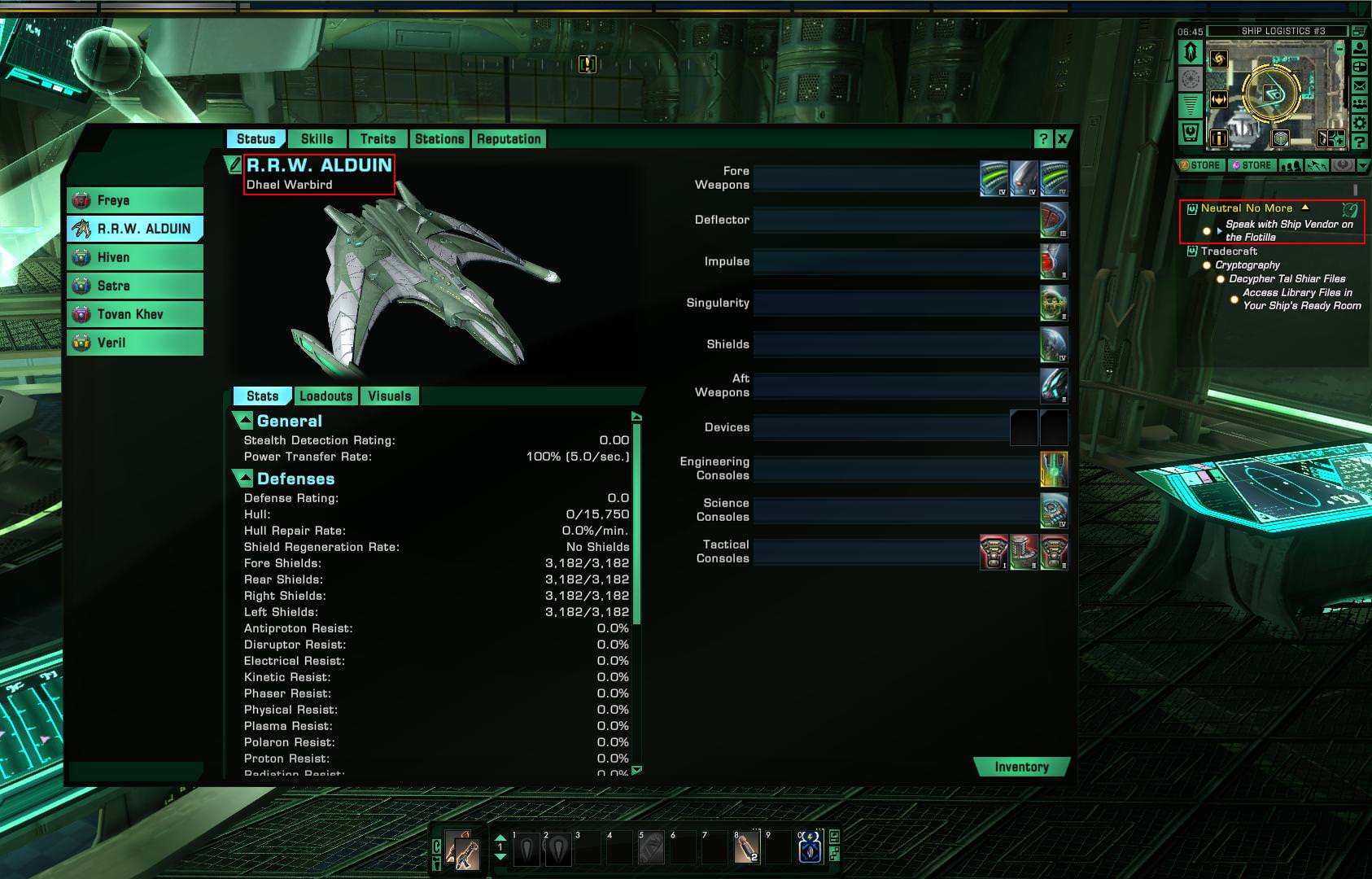 As you can see on the map, I am in the right place, only 1 ship type is free, I get it and nothing. No matter how many times.

The second issue is with the "Tradecraft" mission. I beam aboard my ship, I go to the Ready Room and nothing. I cannot interact with anything. 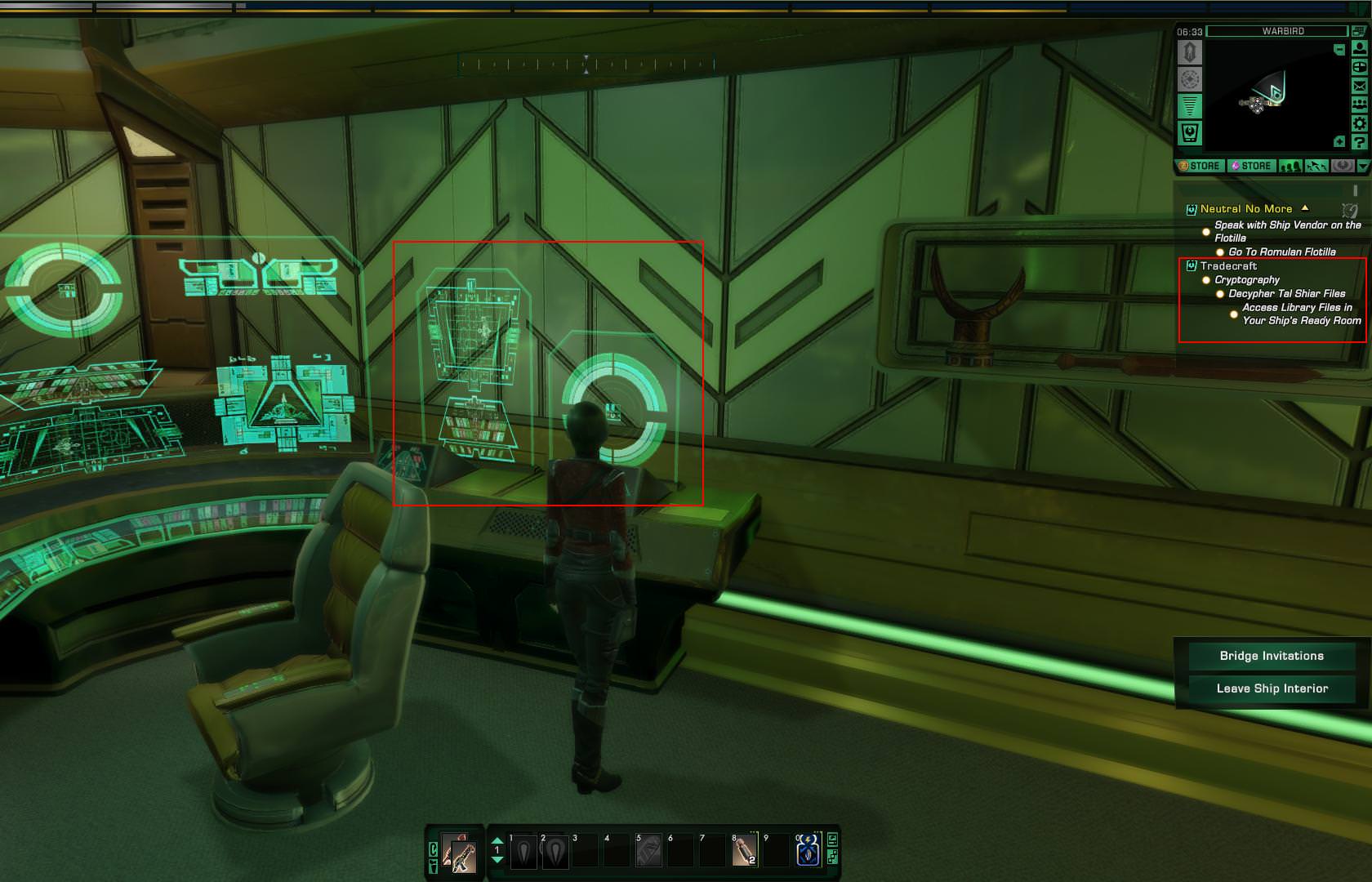 I have looked on Youtube and once again I am in the right place but the console will not light up and become interactable. I am stuck in the main story.


These issues pretty much break the entire game for me and I cannot play it anymore. I am forced to just uninstall it. And I don't want to, I like the game. But I can't progress.
It's... really hard to abstain from cursing.

Please help me.
Thank you.
Tagged:
0