Kümmernitztal (dpo) - Serious breakdown at NASA: Due to a calculation error, the Mars probe Perserverance landed on Monday not as planned on the red planet, but on a field near Kümmernitztal in the Brandenburg district of Prignitz. It was not until today, almost 24 hours later, that technicians from the U.S. space agency noticed the momentous error. 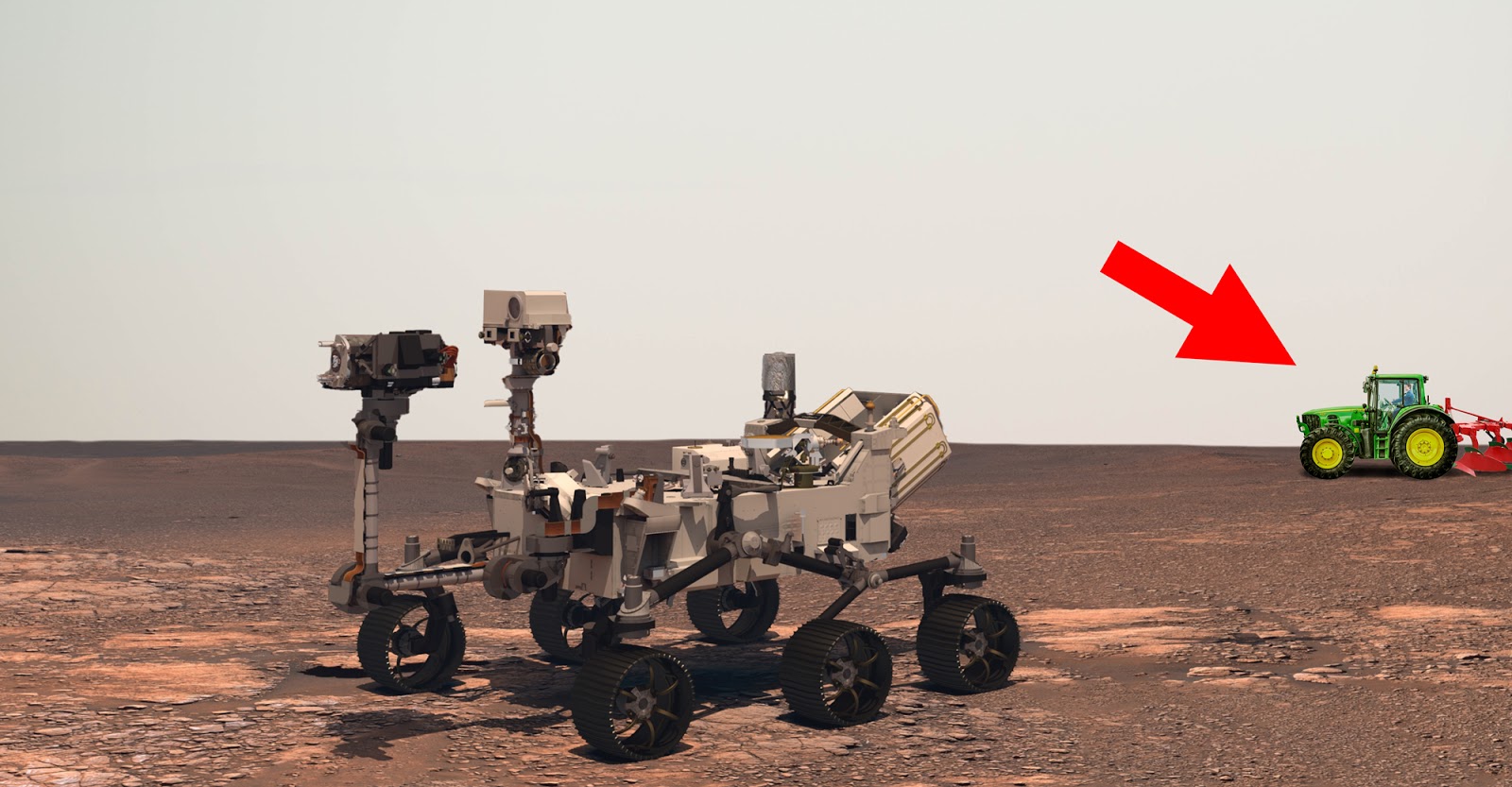 Apparently, after the launch on July 30, 2020, the probe had not set course toward Mars as initially assumed, but had unnoticed entered an orbit toward Earth, where it circled for months before finally landing in Brandenburg on February 18, 2021.

"The barren landscape and the absence of life initially led us to believe that the probe was on Mars," explained a visibly disappointed NASA scientist.

the NASA team only realized that something was wrong when farmer Uwe Wurster drove by with his tractor and plowed up the supposed Martian landscape. "At first, we assumed that this must be an old Mars rover from a previous mission," said the NASA scientist. "Whereas it did look kind of unusually large, and it had 'John Deere' written on it." Only after a renewed analysis of the probe's position data could the confusion be cleared up.
Was held in the meantime for a Martian: Uwe Wurster from Brandenburg

The astonishment was also great on site: "Of course I wondered what kind of strange thing was standing on my beet field," says 48-year-old farmer Wurster. "Thought at first that it was one of those modern gasoline barbeque grills that someone had left there."

It's still unclear whether NASA will repeat the failed Perserverance mission. First, the U.S. space agency must try to recover the probe, which cost about $200 million. Initial attempts to locate it revealed that it is currently in the electronic scrap container of the recycling yard in nearby Perleberg.

Translated with www.DeepL.com/Translator (free version)
with much thankx to QUERULANT wich tells us about that story !
0
Sign In or Register to comment.
Powered by Vanilla