ufpsaelanna
ufpsaelanna#9854
Member Posts: 313 Arc User
March 2020 in PC Gameplay Bug Reports
I have recently devoted some time to my Reman Delta Recruit. Over the course of the Double XP weekend I have completed three story arcs: In Shadows, Wasteland and Vengeance. I have not been able to claim my Delta Recruit reward for the In Shadows story arc (the other two were claimed with no problems). I initially submitted a ticket via the GMs but they have been unable to fix the problem and suggested I post about it here. I have attached a screenshot to illustrate the issue. 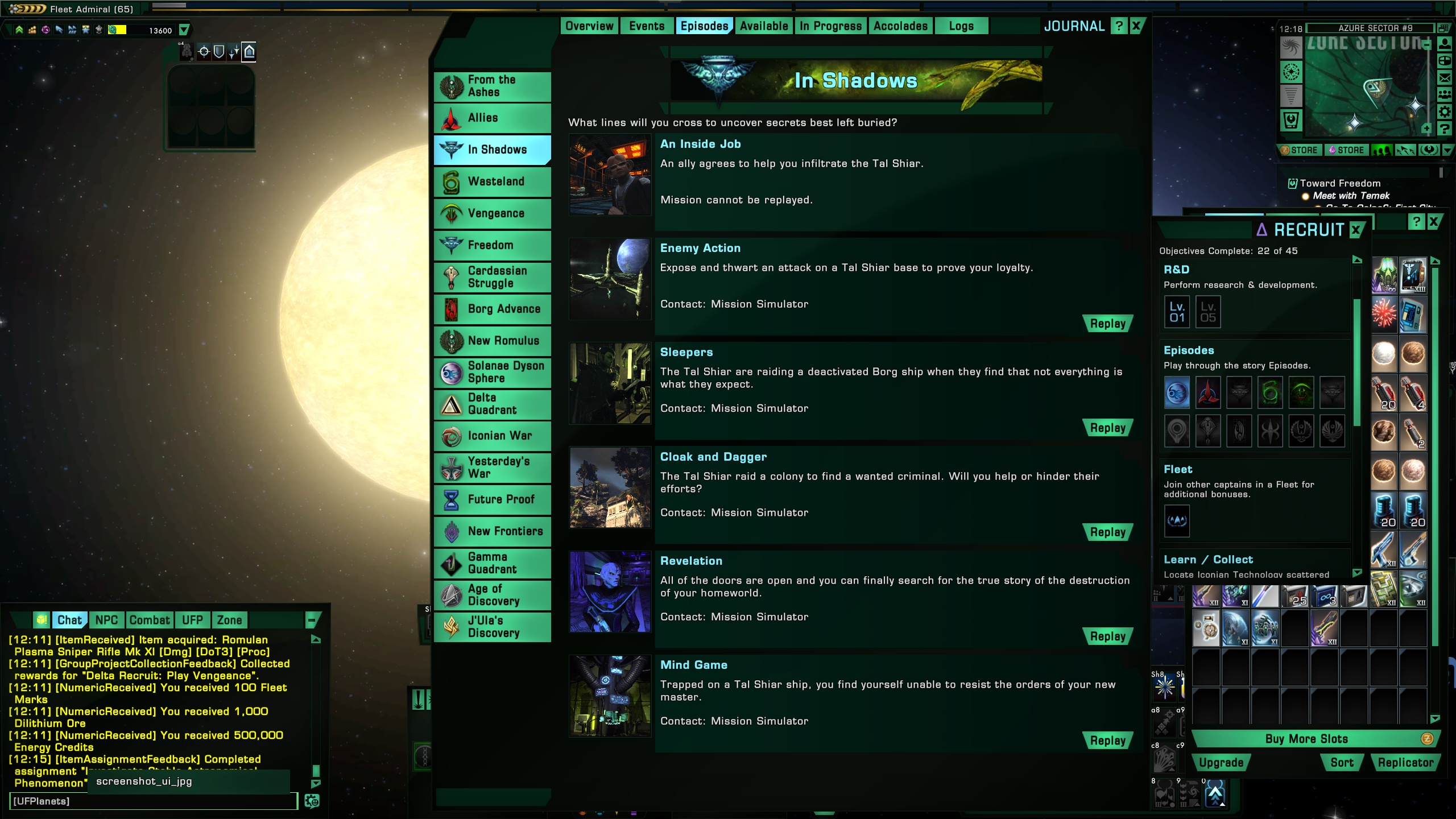