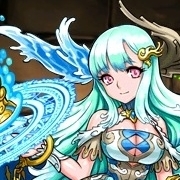 arspaulina#4310 Posts: 347 Community Moderator
September 2016 edited September 2016 in General Discussion
For everyone who is wondering what the outcome will be for the Althea promo currently being ran -

We are aware that there is an issue with the Ultimate Spend Promo. It’s not possible for us to “patch” the issue, but rest assured, EVERYONE who meets the requirements for this current spend promo will be eligible for the prizes and will receive the prizes a few days after the event is over. Once the event is over, our team will run a data pull to figure out which players qualified for which reward tiers and then distribute all the rewards to everyone that qualified. If you have mistakingly received the rewards at the start of this event, you will still qualify to get your rewards, even the ones that you received by mistake. If you didn’t get anything at all and you qualified for that reward tier, we will make sure that you get everything that you’re supposed to get.

Again, we apologize for any inconvenience this may have caused. We will make sure this type of issue does not happen again.


Any resulting duplicate threads and all current standing ones on this topic will be locked and redirected to this announcement here for any future inquires/discussions. Thanks again!

shunsai wrote: »
How am I the only one that sees the possibility that the token will remain a token and people who didn't spend 1,200 won't get a card?


You're not the only one. Tokens are only valid if they've been paid for. Glitched tokens are worthless. They cannot + will not be exchanged into the actual cards.