Boundless Purify Proc and Is Boundless Worth It?

eirghan Posts: 1,912 Arc User
July 2016 edited July 2016 in General Discussion
Recently I got r9 for my veno and was really enjoying the purify procs on her r999 weapon (even if I couldn't get a good roll for the life of me!) After re rolling the r999 weapon at least 30 times, I gave up and decided to give the boundless pataka a shot since it was better for PVP and I didn't have to roll it.

After a few weeks of playing with it It was becoming clear to me that it wasn't just RNG that was giving me less purify procs though. I asked around and others had inklings of doubt as well, but nothing substantial.

So going back to the beginning I dug up Adriot's old post on r8r purify proc chance vs r999 and decided using this information as a starting point i would do a little test of my own to find out if what I was experiencing was bad RNG or something more.

I want to get this information out to as many people as possible so that you don't make the mistake I did by losing my r999 weapon (which I can never get back unless @orinj will help me) and making an uninformed decision by assuming the same stat means... Well. The same stat.

Here is the video of my testing. Be sure to turn the sound UP because I am a quiet person! 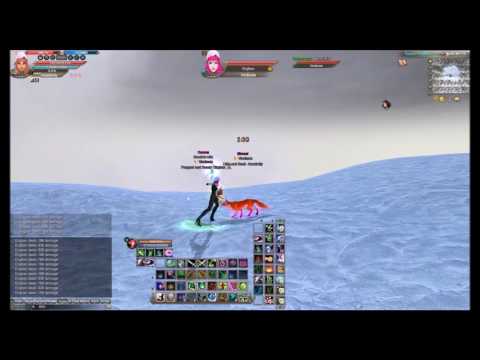 I did 200 hit tests on each weapon (r8r, r999 and Boundless) and recorded the purification procs I got with each weapon.
Of course this is very basic (i didn't calculate for missed hits for example) and from a small sample size, but it DOES give an idea of what we are looking at between the different weapons.

Here are my results:


As you can see my results told me that we have less than half the chance to get a purification proc with boundless compared to the rank 9 third cast weapon. I'm not 100% sure if it's RNG that is making the boundless appear to have less purify chance than even the rank 8 recast. Frankly the sample size is too small to make anything more than a broad assumption so we do need more testing. However, this is enough information to make the conclusion that this is a huge con against getting this weapon. Especially when at first glance the Boundless seems nothing but improvement for most classes. In conclusion, please, please, PLEASE take this into account before deciding to go ahead with recasting your weapon since this has every possibility to negatively affect your Player vs. Player encounters!!!!

I also have been doing testing and calculating on the other weapons as well so that IS on it's way.

Also check out a little calculator I made for calculating an average (very average) estimate on your damage increase by getting Boundless. This is a work in progress and will be more useful once I conclude testing on the other weapons. If you'd like to use it now be sure to make a copy first to enable editing the cells.