catgirldesu Fluffy FoxPosts: 993 Arc User
October 2016 edited October 2016 in Venomancer
Feel free to add your own opinions or advice you would like to share on how to take advantage of these skills. 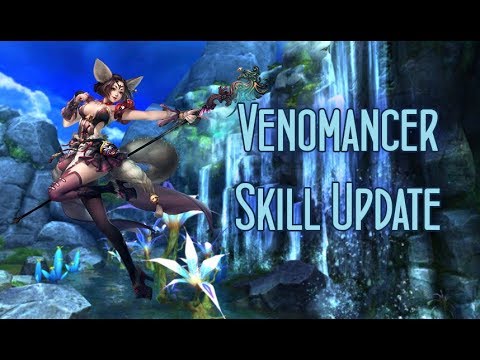 Note that numbers are based on one example only. Numbers will vary depending on your gear, who or what you attack, whether they have buffs or debuffs on etc.


Personal Opinion
The damage boost of the Fox Form attack skills is nice. They are now viable in PvP. There are times when I've just turned into Fox Form but the opponent is one hit away from dying. Sometimes changing forms and casting an attack takes long enough for the opponent to run away and escape alive. Now, you can actually use these skills to finish people off. This is especially true against Arcane and Light Armor classes.

The update on Dark Taboo is nice, but it's not something that you can rely on in PvP. Still, there might be a few occasions where it might come in handy. That's to be seen. Ultimate Summoning got a nice boost in damage so now you may want to pick your targets more carefully. You can actually kill with this skill now, and if the opponent dies too early the effects won't go off.

There's not much to say about these skills in terms of PvE. Damage boost is always nice, and Dark Taboo became a better HP pot saver.​​