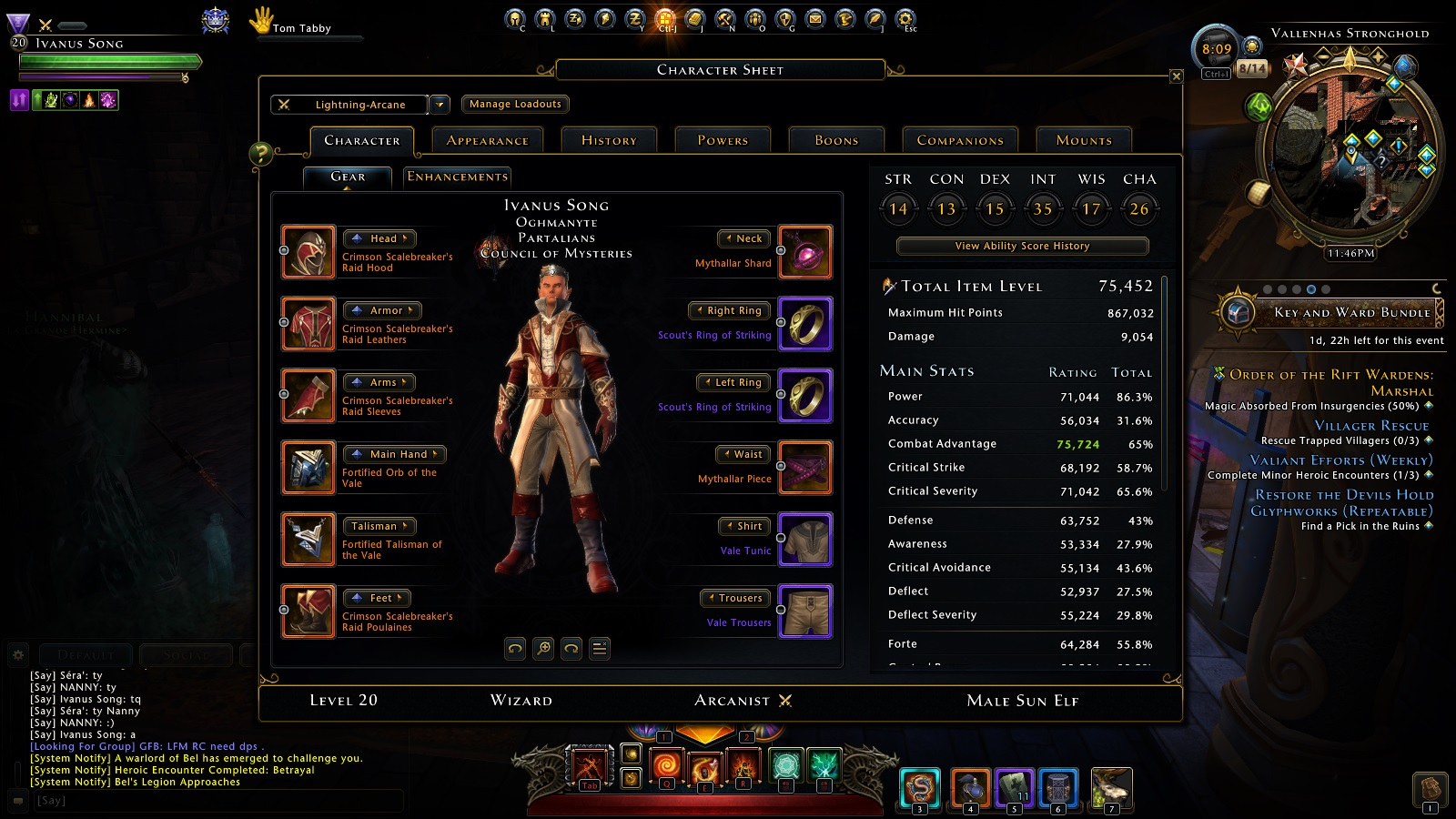 Please take note of the recent dungeon run with exact TWO identical ROUGUES (ASSASINS) in the screenshot above as proof. All of us almost have the same offensive stats and high item levels (I have the highest item level). I lunged forward and attack as many times as possible but if you notice even a rougue named Dinus joined the game late during at Arcturia boss fight in the Lair of Mad Mage, he can easily outperform me with almost double of the accumulated damages. WHERE IS THE FAIRNESS? I noticed a Wizard can never double the damages like rogues regardless of item level. Even, a warlock can outperform a Wizard in the dungeon/trial runs.

I am a new player who started as a wizard in mod22 for the first time. I thought it would be exciting, powerful and valuable in the combat, but the new updates proved otherwise. There were twice that a tank named Johnathan or Joohnatan, not sure of the spelling hinted at 'low DPS'. I am not sure if it is implicitly directed at other DPS groups or me. Well, I cannot disagree with what he said. I was aware the character was scaled with compensated higher power a few patches back. Now, it does not change to compensate for scaling properly, which renders the dungeon/trial runs unplayable, frustrating and embarrassing. I understand it is scaled to enrich the gameplay, but in my humble opinion, the technical did the release quite rushing without testing properly. I can't disagree with what he said 'low DPS, especially what I heard the Wizard nerfed terribly, which that considered as lowest rank in the game system. I think this is not fair to some classes. I tried to play with all mage DPS, especially in the tomb of nine gods fighting Ras Nsi. There were no chances at all, which is agreeable with some others who claimed that it took an hour now to finish with all mage group compared to last time just 30 minutes. Sometimes, the Rogue/Warlock can double the damages on the top list, which is impossible for me to do even with high power and critical severity. I cannot blame the tanker Johnathan for saying that because he can even match the score of other DPS players' initial starting of the game and sometimes outpaced the third DPS player. I am disappointed too when they often like to give up early to abandon the game without a second try which is possible when I play with other supporting players. I still find it absurd to nerf the Wizard classes terribly in the new MOD22. I found out even a bard, ranger, tanker and barbarian can be outpaced sometimes, although I took the initiative to lunge forward to attack as many as possible to no avail to match their DPS. What is the use of investing so many enhancements with real currency when I cannot even assist them instead of being jeered at or backfired with a 'low DPS' claim? My question is, how am I tweaking on my side? It is impossible to upgrade my offensive stats to 80%-90%, but some other classes can do that at least to two offensive stats. Are my awful states power 80% and critical severity 76% just for show only when the damage outputs do not reflect the high damages?

I hope the developer can explain the solutions, or it is an adjustment needed from your side. It demotivated my character as a mage to show as a supermodel in the game instead of being a helpful combatant. If the problems persist, I am done with the mage or, even worst, with your game Neverwinter. Customer feedbacks are essential to reducing churn rates. I do hope you can resolve these issues as I read the blogs, comments or even on the Internet that my claims are not a fallacy but facts. I am sure Neverwinter will lose out a lot of fanbases if the problems voiced out remain unresolved. As a teenager, I have liked Neverwinter since, especially Neverwinter Nights 1, 2 and even other D&D Baldur's Gate. Please do not disappoint me, and I place high hopes in Neverwinter since it started almost a decade ago. Thank you for your kind consideration to read and assist my plea.