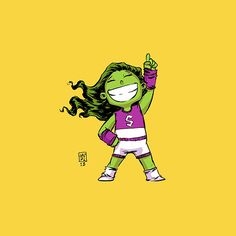 The second part of the written follow-up is now available (you can find the first part here)! Many of theses questions were also asked during the May 21st stream so they continue to be relevant to community interest and concerns. We will continue to review subsequent stream chat logs to assist with topic relevancy and priority.

Thank you @noworries#8859 for taking the time to answer questions on Scaling and Stats/Powers/Classes/Feats.


Q. The rewards for the dungeons are still not as good as needed. It is a mod 16 difficulty dungeon run with mod 8 rewards. It makes people not want to run any of the dungeons.
Seals are part of the rewards which allow players to earn new gear when running old dungeons and these typically get updated as the end game gear progresses. Rough Astral Diamonds are rewards for all levels of play which the random queues provide as rewards for dungeon runs.


Q. Could you make scaling optional and make the rewards better for those that choose to use it?
This would not be a small task and would require separate queues causing players to be split between even more queues as well as making the queue system more confusing to use.


Q. Why do you keep making enemy's weaker instead of making players stronger?
It depends on what adjustment we are working on. If we feel that overall throughout the game the critters are too hard, it makes more sense for us to lower those down then to boost up every class. If a given class is falling behind other classes then we would boost that class to bring it into better balance with the others.


Q. Why not use percentage-based scaling? If you are at 80% of cap in L80, you should be at 80% in L40 content...not 20%
There isn’t one cap for level 80 ratings. As new dungeons/zones are added the critters will continue to get higher ratings. There is no comparison point to compare against to do that type of scale down as the game continues to grow.


Q. Why didn’t the player scaling down get done by scaling down power/hp/weapon damage and player keep other ratings?
The critters being fought in different scaled down areas have different rating levels. Scaling is intended to scale the character down to an appropriate point for the given content.


Q. What about the scaling from 70 to 80? Why is level 78 so much harder to accomplish for example?
The Undermountain zones, aside from the Runic Encounters and the Leveling Expeditions, are unscaled.


Q. Do you feel characters (power, boons, attributes) are in a good place? Meaning, do you see them as needing successive fixes to get it right?
We are happy with how classes, boons, ability scores, and feats are working in M16. That said we have committed to watching how the classes perform through M16, M17 and beyond to make any additional adjustments needed for balance.


Q. Sometimes at the start of combat during boss fights, as a Warlock we don't build soul sparks whatsoever throughout the entire fight, will this be fixed soon?
We would appreciate any additional information on this so that we can investigate.


Q. Do you think that the combat is better now or previously in Mod15?
I find the combat to be more tactical and interesting in M16.


Q. Why are clerics not top healing?
No one healing class should be the most useful in all situations. The goal of having multiple classes able to fill a role is that they each bring their own style and approach to that role but are all equally viable to use.


Q. Are there any plans to address the issues with paladin AP gain being weirdly high compared to other classes?
We are investigating the causes of the issue, any additional information would be helpful and appreciated.


Q. CCs gamewide are super strong right now, there are a lot of reports of players being permastunned in dungeons or CC duration lasting way too long. Will this be fixed soon?
We will continue to monitor and tweak all of the balances and work on fixing any issues. For overall reduction in CC effects there are different equipment/boons/powers that can both raise resistance to CC and even temporarily negate it fully.


Q. Will the feats get reworked again within upcoming mods? A select few feats are good and have good mechanics but the majority of them are lackluster, bugged, or don't flow well with the new class playstyle
We will continue to look at feats, features, and powers as the game goes forward to make improvements or adjustments both for balance and to make sure that the different choices are useful.


Q. Will the devs look into issues with daily power triggers no longer being good? Now that daily powers take so long to get back, most mechanics that say they trigger when you use a daily aren't useful anymore.
There is always the possibility of adjusting some of those powers as we go forward, but right now we are focused on other balance adjustments in the short term.


Q. Can Wizards get STAVES as an option instead of Orbs?
We are always looking at new additions we can add to the game. At the current time there are no plans to add staves in as an option due to how the wizard is setup to hold/display its weapons, but in the future it could become more of a possibility.