Previously I've been writing threads with concrete suggestions about skills or mechanics of some classes. But here I would like to write my opinion about one problem which hid deep in game mechanics and which make game process less intresting and challenging.

The name of this problem is: too high healing. It is good that developers previously informed us that they understand this problem. So I hope that this thread is written on time.

Let's figure out why this helpful mechanics can create troubles? Really from the first view high healing is cool because it make your character stronger and help you to complete game content. But from the other hand it greatly change (how to say it well..) parameters of that content.

It's obvious that in order to give challenge for players whose characters have very high healing developers need to add to game more and more "burst" damage because sustained damage isn't effective against high healing. And actually, if we will take a look at all top dungeons then we will see that "burst" damage is everywhere. There is need to say that oneshots aren't so interesting and it isn't the right challenge that we would like to see.

In the past I also created this picture to illustrate what I am talking about (many of you can recognize here history of class changes in Neverwinter Online). 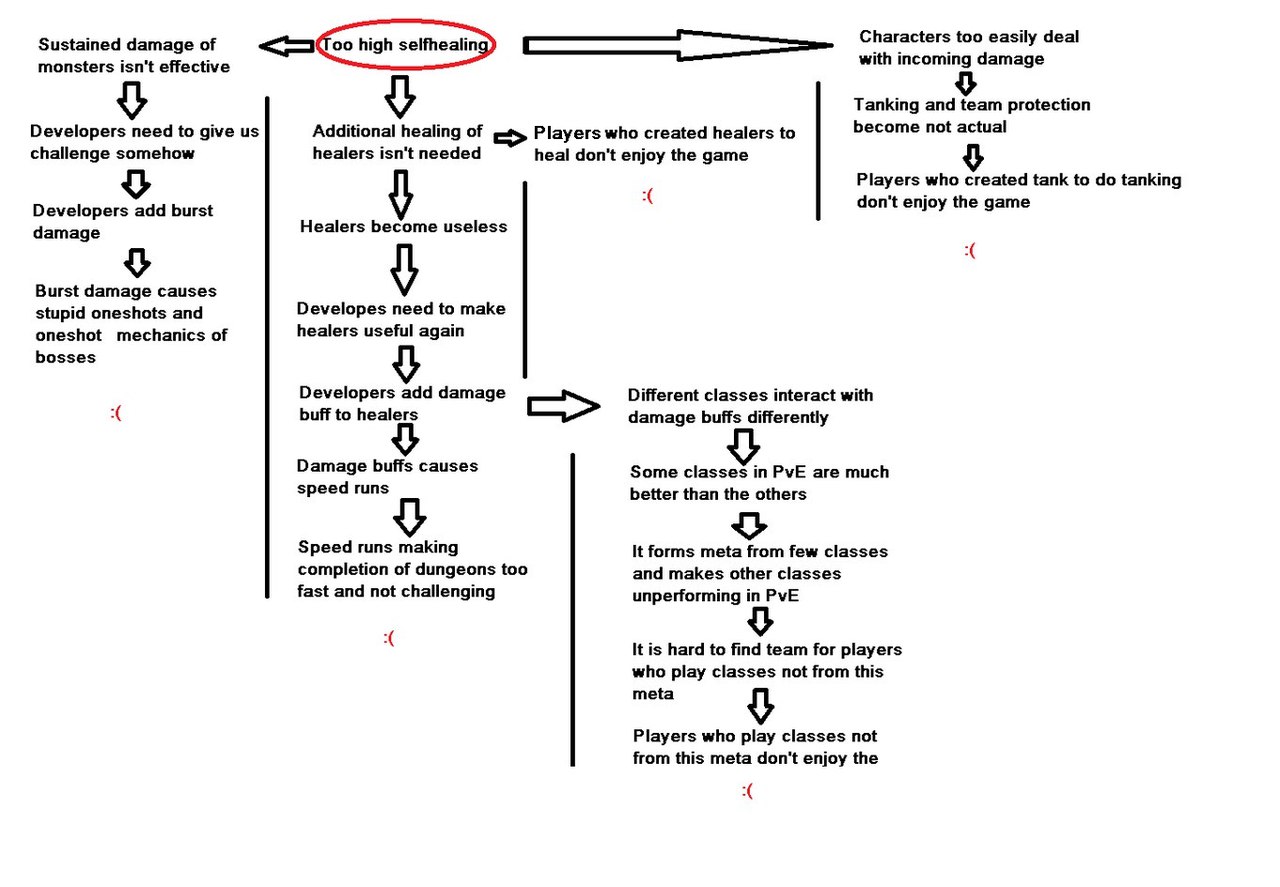 There are at least 2 ways how to decide this problem and make PvE interesting again.
1) The first one looks very difficult even for player who don't engage in development process. This is global rework of all healing and defensive mechanics (which will force developers to take care and about offensive mechanics to fix following problems with balance in PvP). Easier to say first way suppose global rework of all abilities in the game. Looks not so believable right?

2) The second way is much more realistic and easier to do. To decide this problem I would like to ask to add healing suppression for all epic dungeons (-Lol what?! -Yes, yes!) As we know in PvP troubles associated with immortalyty of some classes or builds gone into past and maybe this change can help to improve and PvE.

So, thank you for your attention. Hope that this thread can help to finally decide main problem of battle process in PvE.

Ps: also maybe it would be better to delete from the game resurrection stones because they make mechanics of many bosses more trivial.