rjc9000 Member, NW M9 Playtest Posts: 2,398 Arc User
June 2018 edited June 2018 in PvE Discussion
Because I have too much free time, because @thefabricant's PC exploded, and because Edgy heard rumors from the Drider server, I checked out information on the two most wanted items from the latest lockbox: the Swarm legendary combat power and the Razorwood pet.

Done in Caer Konig on the latest preview patch of the writing, used HR with 1000 fixed damage weapons, no feats and no other gear. Dorrian was naked (because ugly lizard skin), had unspecced all feats, and was using a 1000 damage test weapon.

972.99 was the reference hit done without using the swarm.

The buff is personal, but the debuff is party wide

(Aside note: to all the GFs out there, this active power mount applies Crushing Pin. I know this because Durian forgot to unspec it during the testing).

The debuff can stack.

As a personal note, I found the animation to be noticeably quicker to apply than the Tenser's active power, though I do not know how to record gifs and cannot provide an exact comparison.

Used a testing GF with no feats, only picked Defense -> Lifesteal -> Drow Ambush Tactics for Underdark boons, a 1000 damage testing weapon, 17 STR, 3 points in Crushing Surge, 11 CHA, and no other gear equipped.

The Razorwood pet is affected by the Drow Ambush Tactics boon.

The Enforced Threat was to apply a marking effect that grants CA. Then, I attacked once without having the Razorwood equipped. Then, I quickly equipped Groot, and then attacked once more.

Seeing as the hit with Groot yields more damage than the hit without Groot, we can deduce the pet works in some capacity. Now I want to see if the pet is affected by Drow Ambush Tactics.

Ignoring the debuff, look at the base damage of the hit, which was 3483.5. To see if it works, I just need to do some math for comparison. 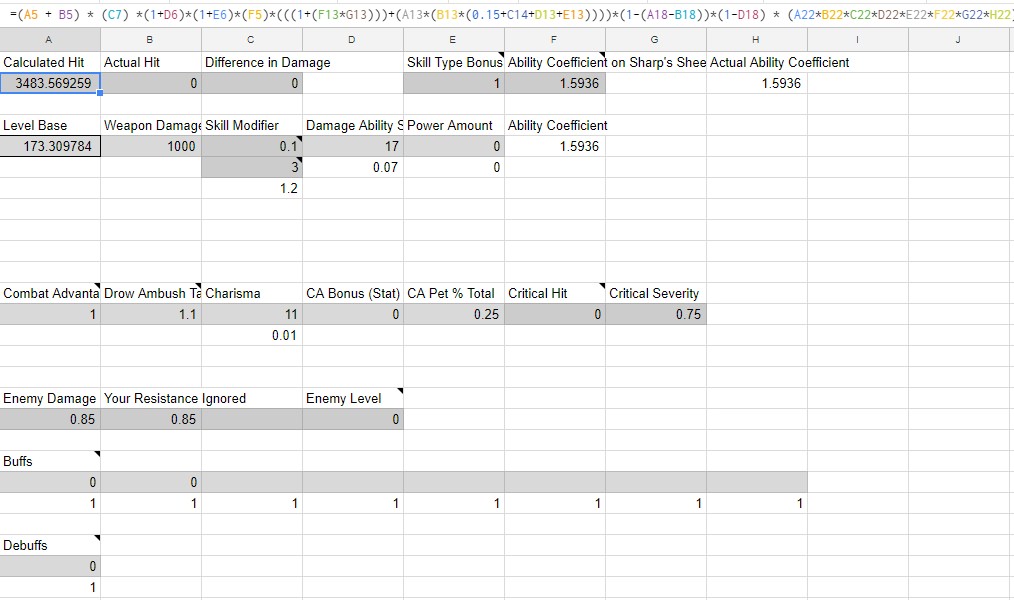 According to my calculations (which were pretty close to reality), I would only get 3483.5 only if Groot's CA Bonus was multiplied by Drow Ambush Tactics.

Special thanks to @sirjimbofrancis for loaning me the items to test, @dungra34 for assisting me in the testing, and @flensburger99 for providing moral support.