oldbaldyone Member Posts: 1,788 Arc User
October 2017 in The Wilds
I didn't add boons in yet, but here is a link to my toon. I like staying trapper and I think I've got things optimized pretty well. Not sure if any more Primal items are going to be better than what I have (I don't mind the VB cost of the relic set). 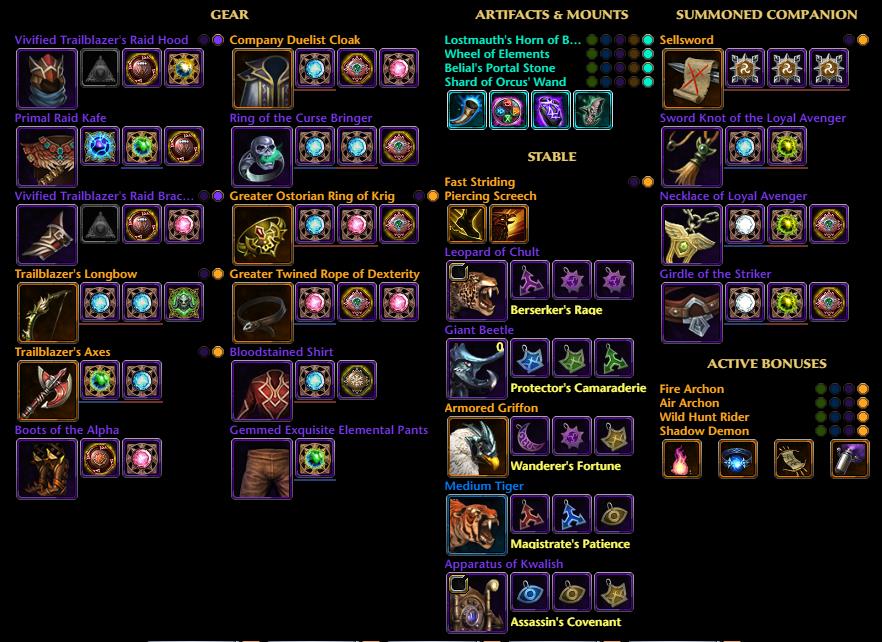 (I can clarify the enchants if needed if you can't tell by the picture. Mostly Brutals/Darks/Savage/Silverys)