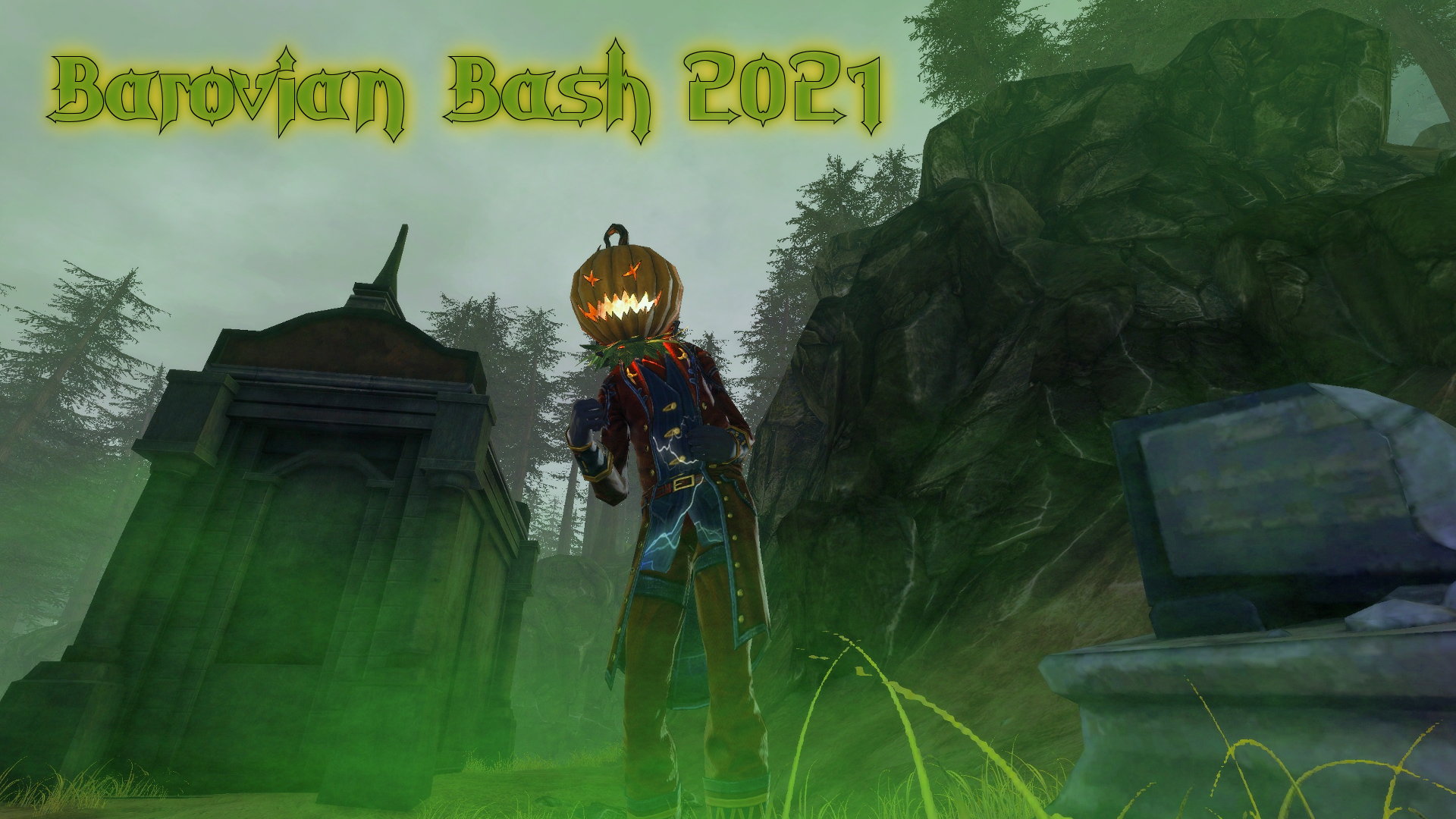 This player made event is planned for 24 hours prior to the Liar's Masquerade. Since the LM in PE starts on Thursday 21st of October after maintenance, the party will start on Wednesday the 20th of October. I will try to be in the game around 9 AM EST / 1 PM UTC and I will remain in Barovian until Midnight EST / 4 AM UTC. I have helpers that allow me to get a break. If I am not there as @sandukutupu then look for my husband @hotfrostworm or my neighbor @blargskull. The only reason for my absence would be and outage, death, or dismemberment.

The Barovian Bash! is the player's party for other players. No official ties to Cryptic, I run an impromptu costume contest, divide prizes up. Sometimes user @blargskull shows up and challenges players with dance competitions, jokes, and other entertainment. I encourage hunts and hand out prizes there as well. Players bringing me the cowl of the Night Terror can win prizes for hunting him down. I know you can't actually give it to me, just wearing it will be enough. I encourage others to make up some simple fun contests we can do as well. I am informed @tchefi#6735 will be there with an interesting contest of their own!

At the end of the evening as things come to a close, I will randomly select an individuals who showed up and pass out the remaining of the prizes for attending. I have some level 1 guilds I use for storing prizes, I will be giving those away too. They have no users, only banks, you can rename them and make them your own. It is easy to stand in PE and form a guild, it is much harder to manage one.

Hope to see you in Barovia on the 20th!

Spread the word with the shortcut link to this thread: https://cutt.ly/6EojmXC
Post edited by sandukutupu on September 2021