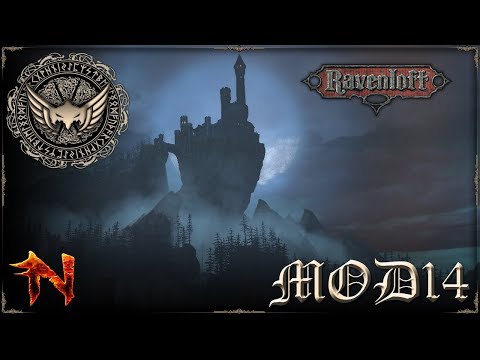 ➠4K, Game in English, Comments in Spanish.
➟Ravenloft is a classic campaign setting for the Dungeons & Dragons roleplaying game, a setting whose main theme is gothic horror, akin to classical tales of Edgar Allan Poe, Marry Shelly, and Bram Stoker, with an emphasis on deep moral choices. The atmosphere and ambiance tend to be gloomy and forsaken, with most of what actually goes on veiled in mystery by obscurity and deceit. Also, unlike the more fantasy-oriented settings, Ravenloft is characterized by having the main plots, conflicts, and challenges centered around psychological tests, limits, and failures.

Relative to other settings, Ravenloft exists in its own time and space. It can, however, reach into any other world and into any other time, claiming people. These lost souls will usually be suddenly surrounded by a thick, rolling mist, and when it clears, they will be in a foreign land, far from home.