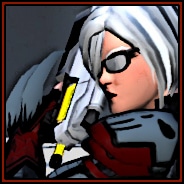 It was fun creating it and I'll be making more of these horrors in the future. Which means I'll be calling for more actors.

Feel free to tell me how much you hated the video or suggestions on what I should do next.
Post edited by Unknown User on January 2014
YouTube - Steam - Twitter
[at]riviania Member since Aug 2009