spinnytop Posts: 16,447 Arc User
December 2018 in Builds and Roles
"But wait Spinny, Telepathy is terrible, everyone says so, the only thing it's good for is CCing dogs at Kiga and nothing else! The devs hate it and made it a bad powerset!" - Some crazy lady who lives next door to me and yells stuff about CO even tho she doesn't even know what a video game is o3o


So this one was easy cause I used to play a Telepathy DPS toon way back when and it's only gotten better cause now it actually has a Form it can use. That form being Mental Precision. That, along with TK Shield are the only powers being borrowed from TK, since Telepathy doesn't have it's own dps form or a block. Otherwise it's all Telepathy baby!

I love this build. I loved it back then, and I still love it now. It's basically exactly what I look for in a build: It does lots of things, it has lots of buttons to push, and there's lots of ways to use it. Due to that it feels like this build has a high skill ceiling. For an example, when I was recording me beating up the Nightmare Demolisher I ended up rerecording it and managed to do it about 30% faster just because I changed how I was using my powers. Most of my other builds don't really have that kind of variation in how you can use the build, so that's pretty cool. Telepathy is pretty cool. uwu

Not perfect though. It can run into energy and stacking issues, so to use the build well you have to be really aware of how you can stack, how you can get energy, and make sure you're doing those things, which can lead to slow starts. Also the single target dps rotation is kind of annoying because you're tap spamming pretty much non-stop.

o3o Okay, weird, but I did 4200 dps on a training dummy with it using blue primaries and determined secondaries, and no damage mod ( since Telepathy doesn't have one ). So... I dunno... that seems like fine enough single target dps to me. It also has a bart-ton of utility that lets you do neat things like help heal people during Kiga's snowstorms, or debuff the damage that big monsters do by a fairly okay amount. Mind Break also makes for a really great burst of damage for dino DPS checks.

Enough blabber bloo! On to the video! 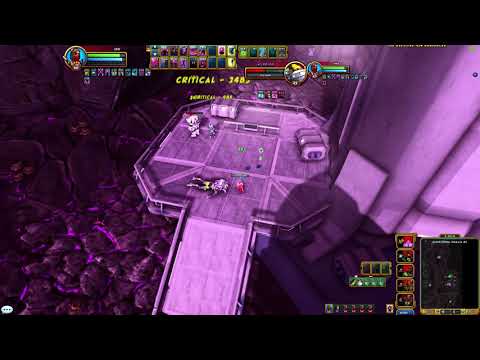 Squishy DPS builds that can solo QWZ w/videos.
My super cool CC build and how to use it.