Field Testing the Archetype: The Inventor AT

qawsada Posts: 714 Arc User
August 2019 edited August 2019 in Builds and Roles
This is more of my experience with the Archetype rather than an actual guide, but if you like to share your build and experience with the archetype, by all means. More knowledge about the archetype can benefit future players that bought or unlock these Archetype into their account, and it may help them become better players for it. With that said, lets get this started.

The Inventor AT is a Support Archetype that primary use tech base power to support the party. Compare to most other Support Archetype, the Inventor AT doesn’t really know what it wants to be. It has some resemble of a DPS with the Experimental Blaster+Death Ray and Orbital Cannon, but I'm not going to focus on that. They are the closest thing to an actual Summoner Class in the Archetype world with the grand total of 3 summoning power and the Commander Spec, but Summoners are often look down upon due to being ineffective against extremely high damage output from your typical endgame bosses like the Cosmic and Teleios Ascendant. This leave with just healing, which is surprisingly effective if you go that route. With that being said, lets talk about their powers:

Power
Level 1 - Sonic Blaster - You basic Energy Builder. You might or might not use it, its up to you.

Level 1 - Experimental Blaster - Its a pretty decent blast(er) that will help you stack your Concentration. Max ranking it along with the Death Ray adv is not bad choice if you want a bit more DPS on your Inventor AT.

Level 6 - Experimental Burst Ray - On the other hand, this piece of scrap should be use sparsely, if not at all. Even though its an easy access AOE damage, it eats up quite a bit of energy while the debuff it spews are very random and rarely appears.

Level 8 - Medical Nanites - This passive heals you and your allies around you passively. Along with that, it also provide some sort of protection for you and your teammate. You're going to max rank this because you're going to need every bit of heal you can get.

Level 11 - Attack Toys or Munitions Bots - This is mostly a personal preference. Attack Toys can summon more of its (weaker) self to attack and swarm the battlefield. Munition Bots comes in two and attack in range. I went with Munition Bots for the aesthetics.

Level 14 - Concentration - Unfortunately for the Inventor, this is your only toggle. Either you're going to love to spam that Experimental Blaster just to get all 8 stacks or ignore it and have your energy builder on auto. You probably won't need this toggle if there is an Aura passive is floating around in your raid.

Level 17 - Bionic Shielding - This power is your bread and butter when it comes to healing. You apply the shielding on your ally and any damage they take will get heal instead. Do keep in mind that there is a 15 second debuff period, call Bionic Tampering, that prevents you from reapplying the same shielding to your target. You're going to strategically place those shielding at the right moment, like before a giant damage spike occurs.

Level 21 - Energy Shield - This shield is one of the strongest shield in the game, so its good idea to max rank this. The Adv it offers won't help you at all.

Level 25 - Support Drones - This pet is your third source of healing. You're probably going to have to keep resummoning the Support Drone every times it dies because every single heals you have counts. Sadly, the healing of both support drones are in the two digit category.

Level 30 - Miniaturization Drive or Resurrection Serum - Without a doubt, I went with the Resurrection Serum. At max rank, it should bring one ally back to life with full health. However, keep in mind that it has a cooldown, so make it count. Incidentally, the Resurrection Serum with the zombie adv is the third summoning power in this Archetype. However, you need a fallen foe's body to use this power, it has a limit of 3 ghouls, and you cannot control their targeting. Miniaturization Drive exist if you're going the DPS route.

Level 35 - Sonic Device or Toxic Nanites - This choice boils down to wanting a stun or wanting to do a bit more damage with a bit of snare if you take the adv. I went with Sonic Device for the stun on my healer build.

Level 40 - Orbital Cannon - Your "alpha" burst attack of this Archetype. While bursty, it suffers from a long charging period and a long aiming period from the power itself. By the time it finish its aiming period, your target is either dead or have move a few feet away from the location. The Anvil of Dawn adv will make it less "wasteful" but does a bit less damage.

Build
Here is a build I use, but you could build it anyway you wanted. This is a bare backbone for a healer variant. You can spend however point you want elsewhere and choose any power you want, but keep Resurrection Serum if you can.
The Inventor AT - The Inventor (Support)
v3.34:32


Healing Rotation
Cosmic Raid - All you need to do is just open up the raid/group window (its the >> by the text Open Mission Group), stretch it so you could see most of the players in the raid, move the window so it doesn't obscure your vision, and start applying Bionic Shielding on everyone. Preferably, start applying in this order: You > The Tank > The Other Healers > Everyone else. Occasionally, you could stack your Concentration with Experimental Blaster for more energy, but I resort to setting my Energy Builder on Auto and targeting the main boss. If you have an Aura of Primal Majesty buff in the raid, you can complete ignore those two suggestions since you should not be running out of energy. Block whenever there is a big attack. If possible, try to apply as much Bionic Shielding on everyone before a giant AoE attack occurs. Using Support Drones is purely optional. Here is an example of my Inventor AT usage in the Kigatilik Fight 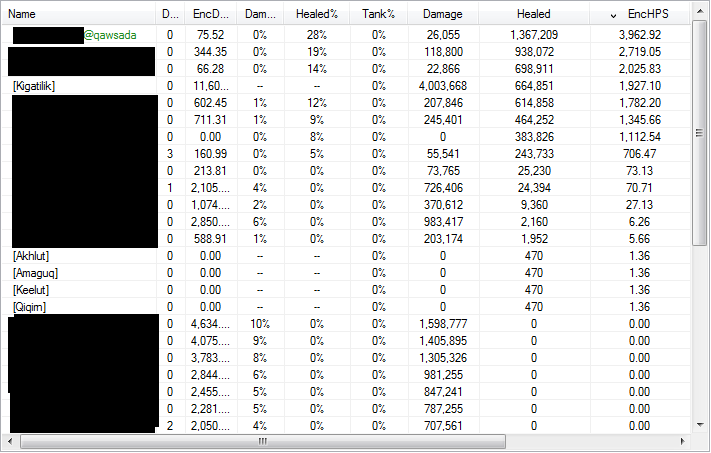 Teleios Ascendant - Without a doubt, the Inventor AT is one of the hardest Support AT to run in Teleios Ascendant, but its still possible. The first thing you're going to do is prepare yourself for the worst. You should stock up on some 100% Healing Healing Patch and Team Healing Patch from Drifter or AH if you're lucky, slot a Heroic Resonance if you're a Life Time Subscriber, Triumphant Recovery or a Phoenix Tear for self resurrection, and some Rejuvenating Formula as back up heal. For the next part, converse with your team. They must know that you're healing the team with an Inventor. If your team is okay with an Inventor AT healing the team, then you should discuss about survival, like the Tank blocking more often, or if the DPS could be mindful of their surrounding and not die to a stray Force Blast. Your life as a healer can be made easier if your team is build for survival. For example, the tank can heal himself while still take a beating, your offtank has sentinel mastery, and your DPS heals themselves with their attacks/power or having Furious onto themselves.

Now for the hardest part of the lair: Teleios himself. At the start, apply Bionic Shielding on the Tank. Apply Bionic Shielding on the person that is carrying the poison when their health is at 50%-70%, and then reapply it after the Bionic Tampering wears off. Remember that Support Drone? Yeah, have that pet up at all times. If they die, resummon them. Try to make them heal the poison carrier by having the Support Drone being close to the poison carrier. A combination of your Bionic Shielding, Medical Nanites, and Support Drone might do the trick. Use Team Healing Patch if they are going to die. When it come time for you to carry it, do the same exact thing, but be prepare to use the 100% Healing Healing Patch/Heroic Resonance if you're going to die. Bionic Shielding on the tank and the other DPS. You should pray and hope that your DPS and Tank could heal themselves, whether they have the poison or not. When you finally beat Telerios, congrats yourself and your team that you just heal the entire raid with the Inventor AT.

Gears and Mods
Because I'm cheap, I use the blue primary gears drop from the equipment box and bought the purple secondary gear on the side. 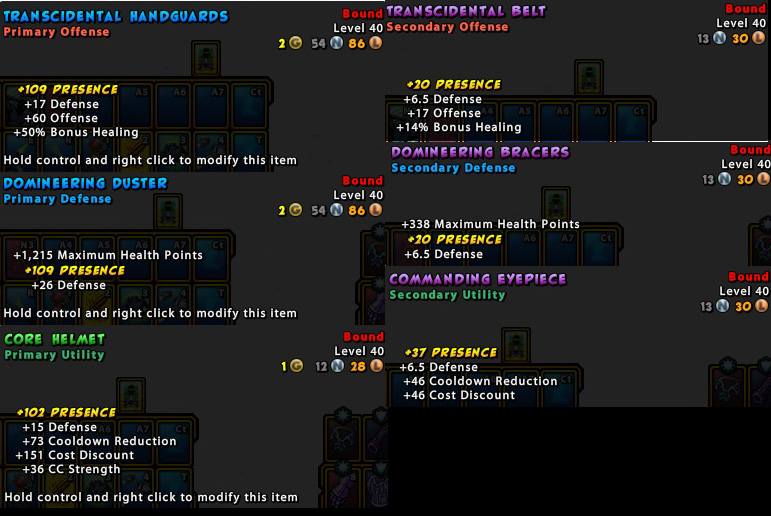 Regardless I would recommend the following if you're just starting out. Do note that the Secondary can be obtain from the Equipment box loot or the Champion Recognition Vendor:
Primary
Secondary
Endgame: So You're Level 40
Sign In or Register to comment.
Powered by Vanilla