Recently I've acquired a huge interest in Tokusatsu and made an homage to the genre, the hero named Insektor! He has the standard "super-package": improved strength, stamina, reflexes, and durability. He also has an enhanced metabolism, making him recover from injuries somewhat faster than usual. 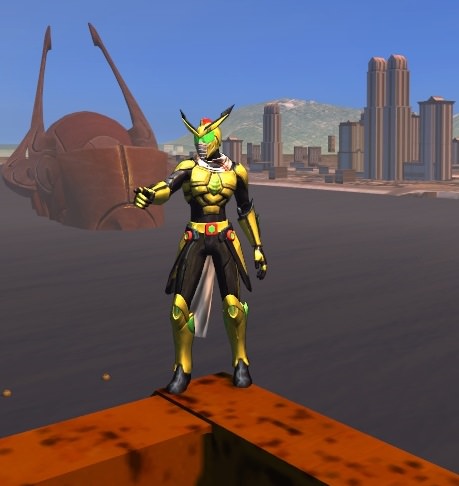 I have the name, I have the costume, now I need inspiration for his bio...

@bulgarex I read your recent posts about Supertech on Champions Earth, and I was thinking about some sort of alien artifact as responsible for Insektor abilities. There's any alien tech, or even a tokusatsu-based hero in Champions PnP that could be used as reference?

Also, what organizations (alien or not) have the resources to genetically improve somebody to superhuman levels? The protagonist in Kamen Rider Black was some sort of enhanced mutant, I could also follow this storyline.